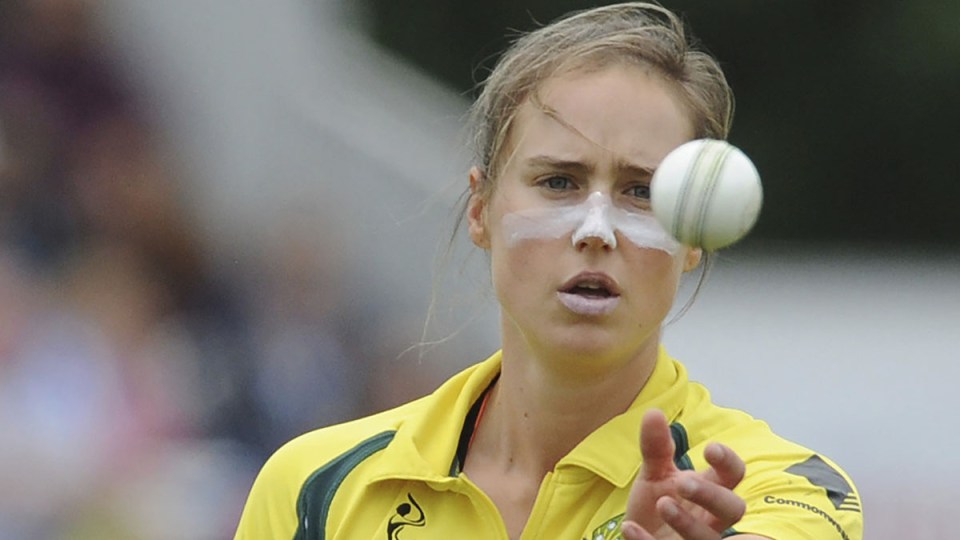 Australian allrounder Ellyse Perry has become just the third women’s player to claim 300 international wickets – an achievement chalked up just before India declared at 8-377 in the day-night Test on the Gold Coast.

Perry finished with 2-76 in her 250th international game for Australia, marking her milestone with the dismissal of Pooja Vastrakar (13) right on the dinner break on day three.

Only India’s Jhulan Goswami (337) and England’s Katherine Brunt (301) had previously reached the mark.

Joining Perry in the wickets on Saturday at Metricon Stadium was debutante Stella Campbell.

The 19-year-old claimed her maiden Test wicket with just her second delivery of the day when she had Taniya Bhatia (22) caught behind.

Bhatia had started the day alongside Deepti Sharma with India 5-276 after almost three sessions were wiped out due to rain across the opening two days.

The pair shared a 45-run stand for the sixth-wicket before Campbell struck.

Sharma would go on to make 66 while Smriti Mandhana’s 127 was the highlight of the tourists’ first innings.

Campbell trapped Sharma after the dinner break LBW with a ball that kept low and ended the innings with 2-47 off 14 overs.

Other wicket-takers for Australia were Sophie Molineux (2-45) and Ashleigh Gardner (1-52).

Australia lead the multi-format series 4-2 after three one-day internationals in Mackay, with four points on offer to the winner of the sole Test.

COVID boosters: When Australians might be able to get their fourth jabs
India on top against Australia as rain mars pink-ball Test
Today's Stories