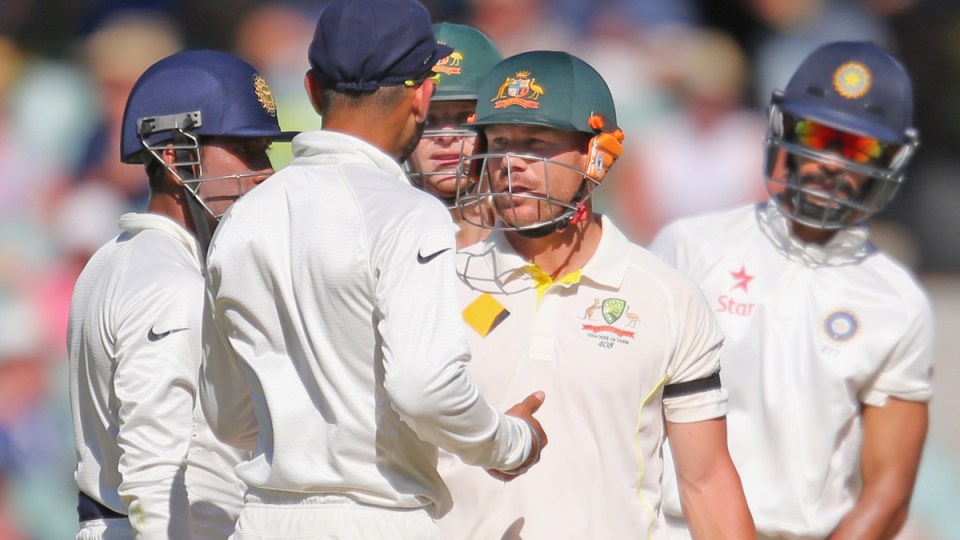 Australia’s batsmen have been urged to get on the front foot and unsettle India’s attack at the SCG, where David Warner may open with Matthew Wade as the hosts seek to break the shackles.

Warner’s absence has left an immense void in Australia’s XI during the opening two Tests.

The speed at which the left-hander scores has also been sorely missed during a series when the overall run-rate is 2.63; the lowest of any Australian Test summer this century.

Especially at the MCG, where Australia managed a run-rate of 2.69 in their first innings then 1.94 in their second dig.

“You can’t allow great attacks to dictate to you as a batsman,” Warner said.

“I’ve always said from day dot, I’d rather go down swinging than sitting on the crease.

“In the last two Tests, from both teams there has probably been that lack of urgency at the top – (not) trying to take it to the bowlers.”

Warner noted the MCG and Adelaide Oval pitches, coupled with two very good attacks, were part of the reason for this summer’s scoring struggles.

But the aggressive opener added that intent wasn’t purely a matter of boundaries and quick singles.

“I talk about body language,” he said.

“It’s loud calling, the way your shoulders are back. You’re in the bowler’s face, trying to unsettle their line and length.

“It’s not going out there and just swinging the bat, there’s other ways of showing intent, and putting pressure on them can lead to the odd full-pitched or short ball.”

The 34-year-old is expected to return from injury in the pivotal third Test at the SCG, where Australia and India will both hunt a 2-1 series lead.

Joe Burns, the only member of Australia’s top six to pass 50 in the series, has been dumped from the XI.

Wade served as a makeshift opener in Adelaide and Melbourne, while Marcus Harris and would-be debutant Will Pucovski are Warner’s other potential partners in the squad.

“If you have Wadey and I out there and we get a little bit of a sniff then the run-rate could be quite high,” Warner quipped.

“It’s who the selectors feel comfortable with. If they want two changes or one change.

“But the way Wadey applied his pressure the other day was great.”