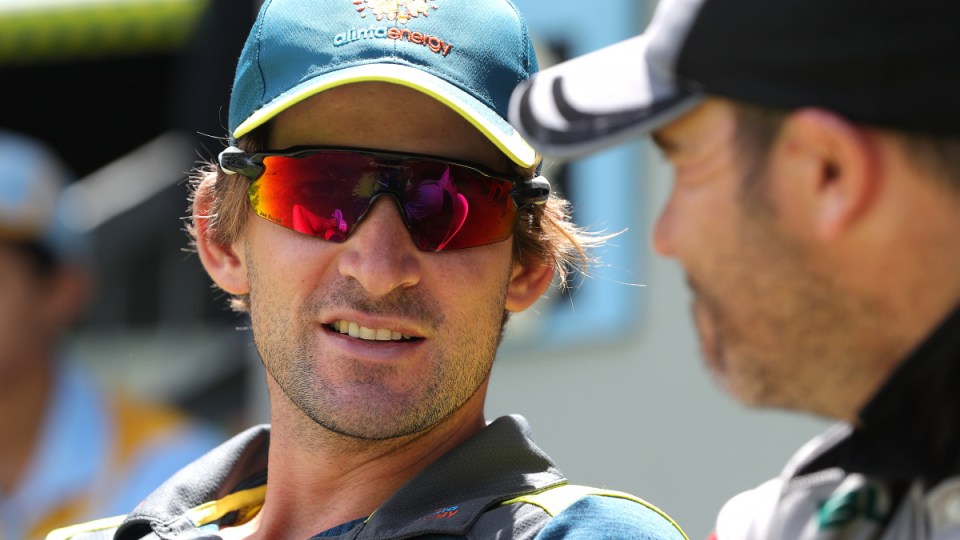 Ready to go in any conditions: Joe Burns is looking forward to the NZ challenge. Photo: AAP

The first three days of the Australia v New Zealand first Test in Perth starting Thursday is shaping up as a scorcher, with the home side confident the weather gives them an advantage over the in-form tourists

Australian opener Joe Burns says the forecast temperatures above 40 degrees for the first three days of the pink-ball Test offers a chance to get on top of the Black Caps early.

Burns returned to the Test team with a big partnership with David Warner in Brisbane against Pakistan, falling just short of a century with 97. But he scored just four in the second Test and his form in domestic matches has also been patchy.

“I’m looking forward to (the heat),” Burns told reporters on the weekend.

“Look, if you get dehydrated, hopefully it means you’re doing something well out there.

“It’s a lot more hotter for the Kiwis coming from NZ. I come from Brisbane, so I’m used to the heat and humidity.”

Despite scoring just a duck and 11 when he played for Australia A against Pakistan at Optus Stadium last month, Burns believes that experience against the pink ball has given him some clues about what lies ahead on Thursday.

“It makes it feel a lot more familiar,” he said.

It was our first pink-ball game for about a year. The more you get exposed to it, the easier it becomes.

“And the big benefit for our guys that played in that game, is we played at Optus, so it prepares us really well for this week.”

New Zealand haven’t won a Test series in Australia since their 2-1 triumph in 1985.

The Kiwis are brimming with confidence following their recent 1-0 series win over England, but they are still sweating on the fitness of star paceman Trent Boult (side strain) and allrounder Colin de Grandhomme (abdominal tear).

Batsman Ross Taylor says his team has now developed a seasoned core of players impervious to the pressure that comes with a Test series in Australia.

While no Black Caps member of the touring squad has played a first class match at any of the Test series’ three venues, he believes they can turn around NZ’s poor record on Australian soil.

It has been more than 30 years since New Zealand played Tests at the SCG and MCG, a challenge Taylor says is perfect for a team ranked No.2 in the world.

“We’ve played a lot of big Tests together, in a couple of World Cup finals and even in the IPL there are some high pressure situations in cricket, when you’re playing for an owner or millions of fans.

“I think all of that has probably helped this team deal with different situations.”

New Zealand are fielding the core of the squad who last visited Australia four summers ago, with the most notable absence being that of retired skipper Brendon McCullum.

That team suffered a 2-0 series defeat, continuing the lop-sided record between the teams on both sides of the Tasman since Richard Hadlee’s heroics in 1985-86.

“In Test cricket these days, it’s a lot tougher to win away from home but it still doesn’t mean that it can’t be done,” Taylor said.

“We just need to embrace the challenges as quick as possible and play to our strengths. Just keep doing what has worked for us.”

First Test challenge: Burns is cool with the heat in Perth