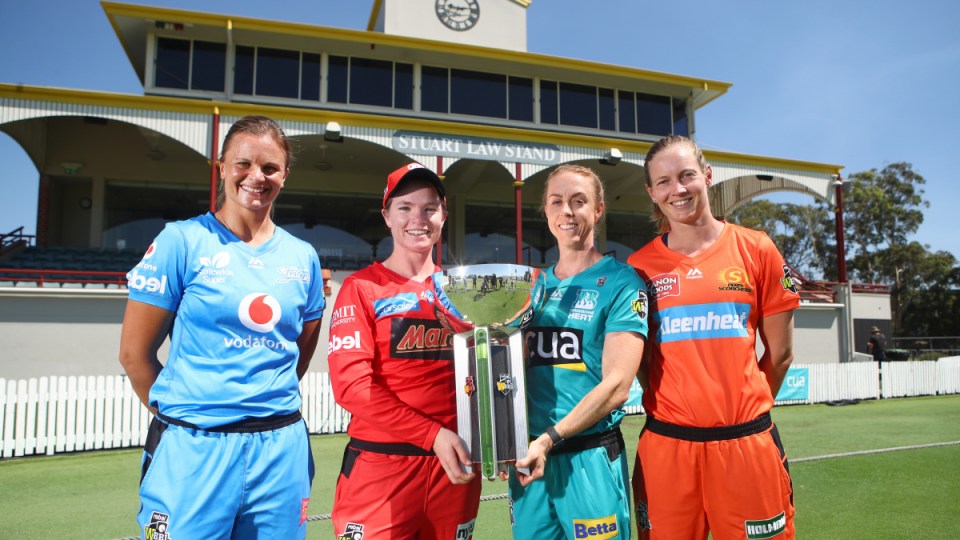 The WBBL finals emerge from Test cricket’s shadow on Saturday, with back-to-back semi-finals in Brisbane set to showcase a competition that has offered more than its fair share of evenly matched, big-hitting contests.

First up is the Strikers v Scorchers, with reigning champions Heat  taking on the Renegades in the second match.

Renegades bowler Lea Tahuhu this week admitted her team were the underdogs, given they only just snuck into fourth spot, but she says battling against the odds is nothing new for the Melbourne outfit.

“We seem to always be the underdogs and we take a lot of games to the last over or the last ball. We sort of feel like we’ve never got anything to lose.”

While the WBBL appears to have cemented its place on the early-summer fixture, one issue that appears set for more discussion is the lack of an International-free window to ensure teams are at full strength.

With the possibility of an extended finals series, like the men’s competition, on the agenda next season, some players say that can only be achieved if there’s clear air.

Five English players will miss the finals for matches against Pakistan.

The Melbourne Renegades will be without Danni Wyatt and Tammy Beaumont for Saturday’s semi-final against Brisbane, while Perth will be missing Amy Jones and Nat Sciver against an Adelaide side minus Lauren Winfield.

India and West Indies stars have also missed most the tournament as they faced off.

It has previously prompted calls for the ICC to set a window for it in its program, much like the protection the Indian Premier League has.

“I think it would be great for the competition (for it to have an international-free window),” Australia and Perth captain Meg Lanning told AAP.

We didn’t have any Indian players involved in this tournament. West Indies were only here for a part of it as well.

“They’ve got some of the best T20 players in the world so we’d certainly love to have them involved in the tournament.

“Hopefully that’s something that we can work through down the track because I think it’s the best T20 domestic league in the world and people want to be involved.”

Last summer, New Zealand’s players were placed in the same position as some considered flying between countries for matches.

“The WBBL is the number one T20 franchise competition like the IPL is for the men,” Tahuhu said.

“Hopefully the ICC and the various boards can get together and put a seven-week window where we don’t play any international cricket.

“It’s really unfortunate for us, obviously we’ve lost our two English imports, and obviously for them as well, they’ve done everything to help the team get there.”

Player-of-the-tournament Sophie Devine also backed the call but the New Zealander warned it wasn’t without risk.

“What does it mean for the English 100-ball competition or an IPL if that comes,” she said.

“Do we have to bend things around? But I certainly hope the WBBL can have a designated time in the women’s calendar.”

WBBL: Competition is a big hit, but International window needed