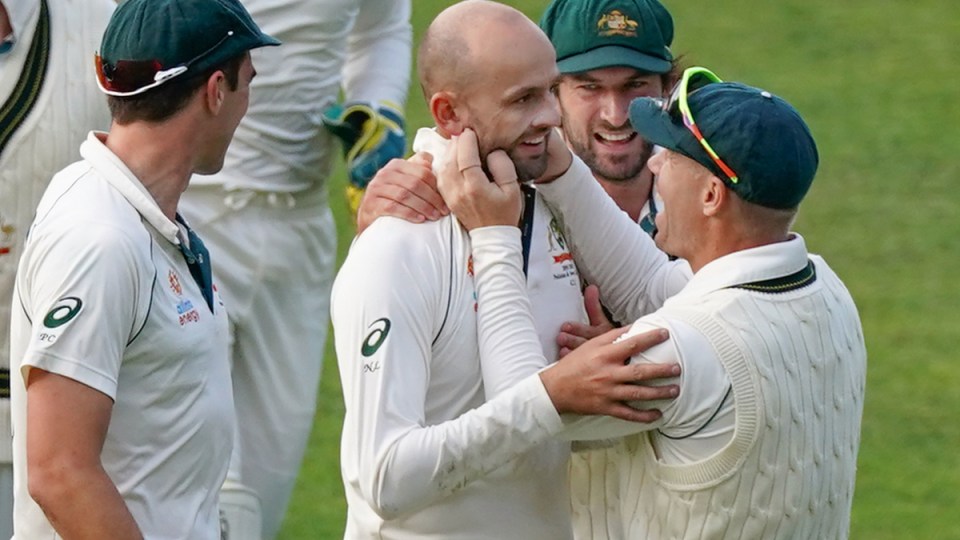 It took almost four days, but the second Test that looked over the moment David Warner struck his 335th run ended on Monday evening with winners aplenty on the Australian side.

After being named man of the match, Warner said his historic triple-century was extra special because it had come on the birthday of his great mate Phillip Hughes.

Warner’s record innings set up the innings-and-48-run win against Pakistan after the dinner break.

Warner’s triple-treat followed his 154 in the opening Test in Brisbane, leaving him with the barely believable series average of 489.

Hughes died on November 27, 2014, two days after being struck in the head while batting for South Australia in a Sheffield Shield match against NSW in Sydney.

Warner stayed with Hughes as he was taken from the SCG on a stretcher and said his Adelaide knock was in honour of his fallen friend.

“For us, it is a bit of a memory and a reflection of our mate’s life coming here,” Warner said.

“And it (his triple-century) was on his birthday as well.”

Warner looked to the heavens on reaching his 300 milestone.

“It is always a difficult time for the guys that are really close to Phil,” Warner said.

“And it was just a little thank you to him because he is always with us every time we come out here.

“I just look up to the skies to him every time I come here and play.”

Former Adelaide Oval groundsman Nathan Lyon also shone on the fourth day after being out of the fray for most of the first three days.

The off-spinner took 5-69 in the second innings, taking his Adelaide Test wicket total to 50 at a strike-rate surpassing the legendary Shane Warne.

Warne captured 56 wickets in 26 Test innings in Adelaide at an average of 30.44 – the most victims of any Test bowler in the South Australian capital.

The next most successful bowler in Adelaide is paceman Glenn McGrath (46 wickets in 20 innings, average 23.02).

Lyon was working as a groundsman at the venue when called into South Australia’s Twenty20 team in 2011.

After being told of his selection, Lyon excitedly phoned his father Steven.

“Dad said ‘Yeah it will be good, you’ll learn something. But you’ll be back working on the ground staff before you know it, so don’t get your hopes up’,” Lyon has said.

The 32-year-old’s haul on Monday is the 16th time he has taken five or more wickets in a Test innings – four of them in Adelaide, where he worked under current head curator Damian Hough.

“It’s a great place to play cricket … it’s a great wicket and Damian has done a fantastic job again,” Lyon told ABC radio after the win.

Lyon was made aware of his 50th wicket milestone in Adelaide when the electronic scoreboard showed the statistic.

It’s a nice little personal milestone. I love playing here. It’s probably one of, if not the best, wickets in the world.’’

Pakistan resisted for much of day three and four, but the beginning of the end happened when Josh Hazlewood (3-63) bowled Mohammad Rizwan for 45 with an inswinging half volley at the start of the 82nd over.

Then five balls later, Mohammad Abbas (1) was run out by a direct hit from Pat Cummins to earn the home side a 2-0 series win.

Muhammad Musa was the not out batsman on four.

Australia now turns its thoughts to New Zealand, with the first Test starting in Perth on Thursday week.