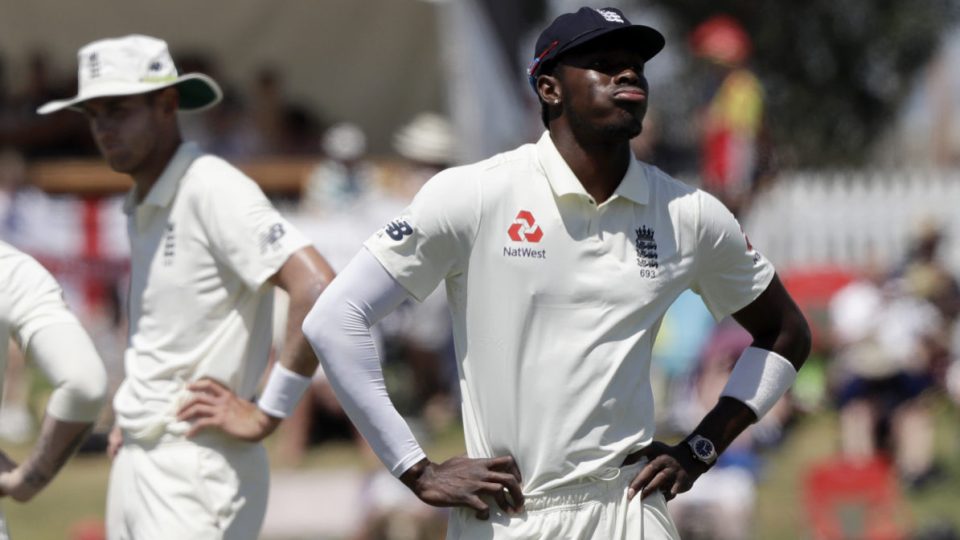 Jofra Archer during play on day four of the first cricket test between England and New Zealand. Photo: AAP

New Zealand Cricket has promised to crack down on player abuse as it steps up a search for the fan who hurled a racial slur at England fast bowler Jofra Archer.

Archer was abused as he left the field after New Zealand clinched victory in the first Test in Mount Maunganui, the governing body said.

NZC said it would contact Archer to apologise. Security staff were unable to find the person who delivered the abuse but further inquiries were underway on Tuesday.

NZC said it was an “unacceptable experience” for Archer, and promised “increased vigilance” for the second Test in Hamilton.

The England and Wales Cricket Board said it was also looking into the matter.

Archer tweeted about the incident, saying it was a “bit disturbing hearing racial insults today whilst battling to help save my team”.

A bit disturbing hearing racial insults today whilst battling to help save my team , the crowd was been amazing this week except for that one guy , @TheBarmyArmy was good as usual also

NZC said on Tuesday it would review security footage from the Bay Oval to try to identify the spectator responsible for the racist comments.

Security staff at the venue, which was hosting its first Test match, had not been immediately able to find the person.

NZC said it had zero tolerance towards abusive or offensive language and would refer any developments to police.

Archer, who was playing in his first Test outside England, took 1-107 in New Zealand’s first innings of 615-9. He made a career-best 30 in England’s second innings of 197.

The New Zealand team later tweeted support for Archer: “We are shocked and disappointed to hear of the verbal abuse Jofra Archer received after the Test today.

“[England] might be our rivals but they’re also our friends and racist abuse is never okay.”

The ECB said there was “absolutely no place for anti-social or racist behaviour within the game”.

“It is vitally important that all spectators feel able to come forward to report such behaviour and feel safe in doing so,” it said.