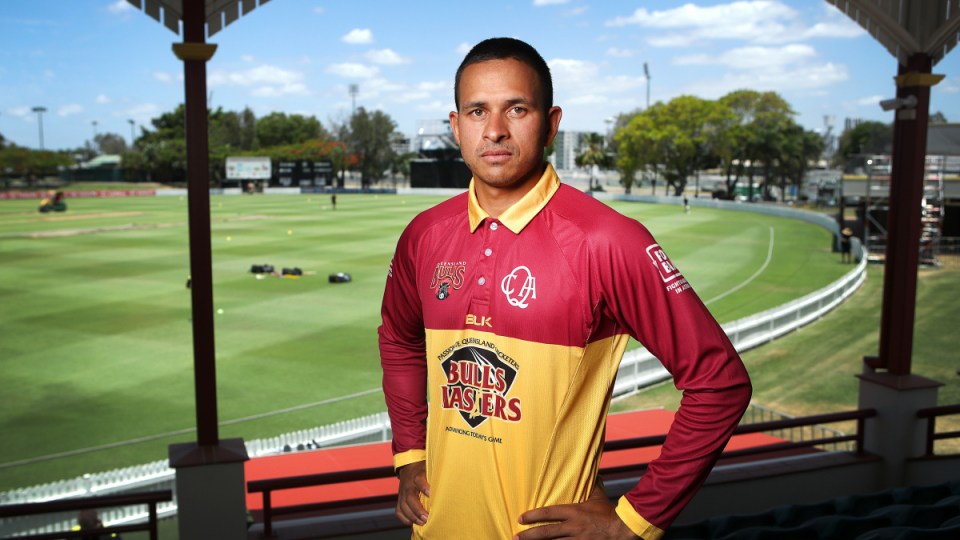 With the Australian Test team now looking more settled than it has for the past two years, overlooked batsman Usman Khawaja has rejected any suggestion that his demeanour had cost him selection.

Khawaja, dropped midway through the Ashes, was the big omission from the squad to play Pakistan at home this summer and the rise of Joe Burns and Marnus Labuschagne now makes a return look unlikely.

Legendary spinner turned commentator Shane Warne is one who claims Khawaja looks like he’s lost the desire to play Test cricket, saying he just “wants to shake him and get him to show a bit more”.

“I don’t think there’s any need to answer that question,” he said.

“I’m a pretty cool bloke. You either get it or you don’t, that’s the way it is.

“No, never (have I stopped wanting to play for Australia), if I had I would’ve retired.

“I feel like I belong at international level, but I’ve got to score runs.”

Khawaja averages 40.66 in 44 Tests but that lifts to 52.97 at home and coach Justin Langer insists he’ll remain in the mix if he puts runs on the board.

The coach even indicated last week that Khawaja, almost 33, was better off playing for Queensland than remaining with the squad at the Gabba as the spare batsman.

Bulls skipper Khawaja said had learnt to ignore the outside noise.

“I’m a batsman, run-scorer first and foremost so that’s my currency,” he said.

You look at my Shield record, one day domestic record, BBL record. I score runs, that’s all that matters.”

Inside the national squad it was all smiles in the wake of the first Test victory over Pakistan at the Gabba, even prompting skipper Tim Paine to have a cheeky dig at the Indian team which will tour next season.

Paine said he wouldn’t mind an opening Test against India at the Gabba, although he admits it would have to be cleared by their captain Virat Kohli first.

Australia’s innings and five-run win over Pakistan on Sunday afternoon extended the home team’s undefeated run at the Brisbane stronghold to 31 matches in as many years.

India will play four Tests in Australia next summer, with the controversial – from India’s point of view – pink ball Test a likely option.

“We’ll certainly try (to play it in Brisbane), but we’ll have to run that by Virat,” he said.

“I’m sure we’ll get an answer from him at some stage.”

“See if we can get his permission to play here, maybe even get a pink ball Test if he’s in a good mood.”

The India captain just might be after notching a century in India’s maiden day-night Test at Eden Gardens this week against Bangladesh.

They are on the cusp of victory early on day three.

A reluctant participant in the concept in the past, new BCCI president Sourav Ganguly has shown India’s hand – at least on home soil – by green-lighting this week’s well-attended fixture in Kolkata.

The Gabba faces stiff opposition for an India Test following improvements at the Adelaide Oval, the emergence of Perth’s Optus Stadium and the traditional Tests in Sydney and Melbourne.

There will be a one-off Test against Afghanistan.

But Paine is staunchly in Brisbane’s corner given Australia’s incredible record at the venue.

“Australian teams have bowled and batted well here for a long time,” he said.

There were plenty of empty seats across the four days at the Gabba, but the 45,991 that attended was still the highest figure for a day Test against Pakistan.

A day-night Test between India and Australia at the Gabba would be well attended, given 78,095 people watched Pakistan almost pull off an unlikely win under lights against Australia at the ground three years ago.

With a settled Test team, overlooked Khawaja plays it cool