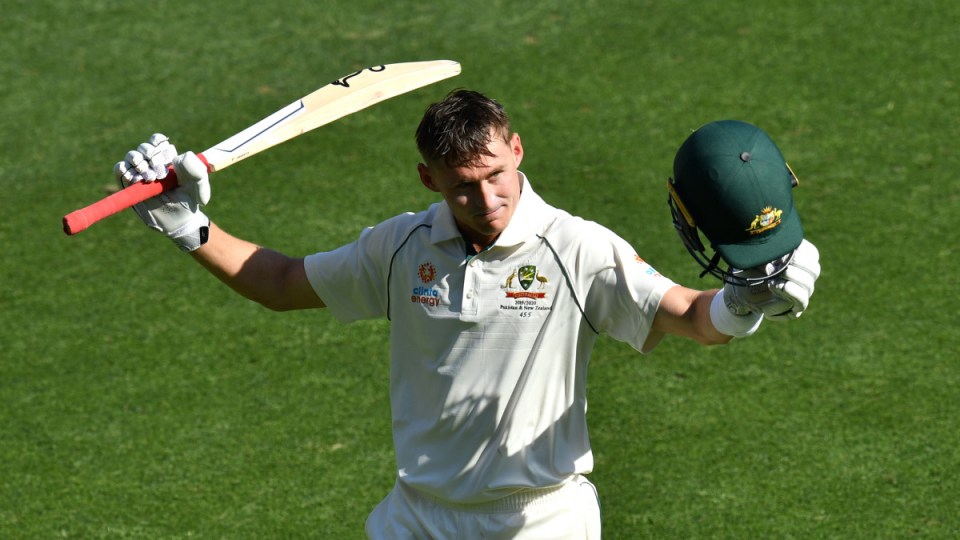 In reply to Australia’s 580 Pakistan struggled in the opening overs of its second innings with Azhar Ali falling lbw to Starc for five and Sohail Haris falling caught behind for eight.

Paceman Pat Cummins then broke through when Shafiq Asad edged a catch to Steve Smith for a duck.

In the morning session Pakistan had fought back after a tough day two, removing David Warner and the World’s No.1 batsman Steve Smith.

Despite those setbacks, Australia built a commanding lead over Pakistan’s first innings of 240 with Marnus Labuschagne smashing 185 and his maiden century.

Labuschagne was given out lbw on 93, but, with bat involved,  immediately reviewed and  it was overturned.

He made the most of his opportunity, pushing past 150 and sharing a 110 run partnership with Matthew Wade before the latter was caught behind for 60 off 97 balls.

Travis Head then came in for a quickfire 24 off 29 balls before he was caught behind trying to flick a ball down the legside.

Labuschagne looked on course for a double century before being caught in the gully off Shaheen Shah Afridi in the quest for quick runs.

Smith was sensationally knocked over for just four runs by Yasir Shah after Warner had fallen for 154.

Smith looked in a hurry as he tried to whip a full Yasir ball behind square.

It is the seventh time in 10 innings the legspinner has dismissed the former Australian captain, who still needs 23 runs in his next five innings to become the quickest to 7000 Test runs.

Coming off a 774-run series – averaging 110.57 –  against England, Smith was almost assumed to fill his boots in his return to home Test cricket after the ball tampering ban.

So there was widespread surprise when he came and went in a flash and perhaps no coincidence as Yasir celebrated with a seven-finger salute as Smith walked off.

Warner looked out of sorts after his big innings on Friday, caught behind to teenage debutante Naseem Shah.

Naseem had thought he’d snared Warner for 56 shortly after lunch at the on the second day, before the third umpire via replays ruled he had overstepped.

Resuming at 1-312, Australia moved quickly to pass 350 without loss before Warner was surprised by Naseem’s rising bouncer and featured it behind to Rizwan.

Yasir was the best of the Pakistan bowlers with 4-205.

On Friday, Warner’s 222-run partnership with Joe Burns – who was agonisingly bowled for 99 – was the pair’s fourth century stand in 10 innings together.

Warner told reporters on Friday evening that he’d put his Ashes failure behind him and had not felt any pressure as he sought to play himself back into form.

“I wasn’t out of form, I was out of runs,” Warner said. “Today I had a little bit of luck. That’s what you need in the game. Over there I didn’t have much luck at all.”

Warner said that the Cape Town ball tampering suspension had one upside, which was spending more time with his family.

To have that time off and the time to reflect, and just get away from the game … there is a lot more to life than just cricket.”