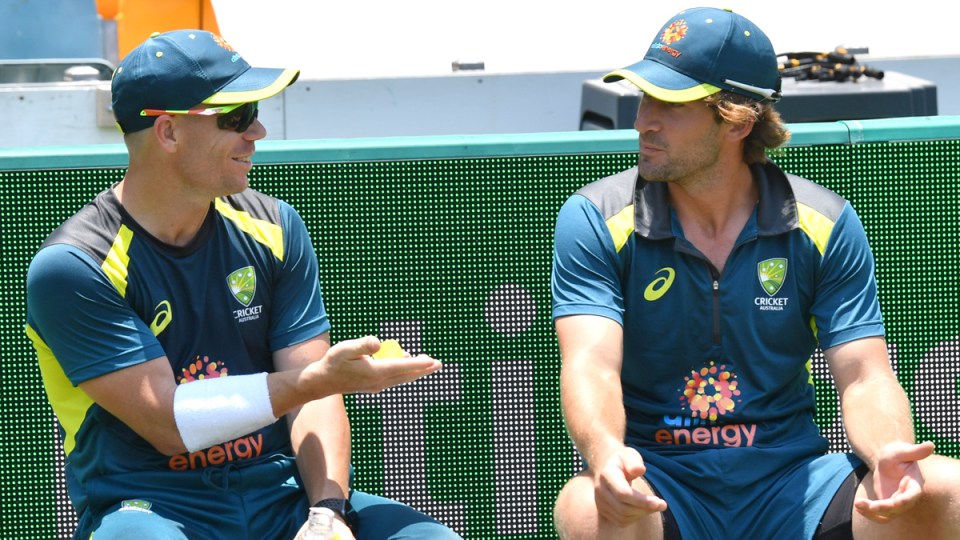 Pakistan batsman Asad Shafiq says his side has built a “respectable” total of 240 that can put pressure on Australia’s brittle batting on day two of the first Test in Brisbane.

Three years after scoring a fourth-innings 137 at the same ground, the 33-year-old Asad was again Pakistan’s best with a resilient 76 at the Gabba on Thursday.

But he took heart from the fight displayed from the new-look Pakistan side, which contained just four players from its last Test against South Africa in January.

Asad, who averages 45 against Australia, kept the tourists afloat in the final session with his 134-ball knock, combining with lower-order batsman Yasir Shah for an 84-run stand.

“There was a partnership needed, with wickets falling very quickly,” Asad said.

“I was trying to build that partnership and I knew a good partnership could help the team.

“We didn’t reach the total we wanted, but still we got a respectable total. Still we showed some very good fight.”

The spirit echoes that of captain Azhar Ali, who said before the Test of the need “to keep believing and also play with no fear”.

This belief will be significant if it intends to test the home side’s stability, particularly with the new opening partnership of David Warner and Joe Burns.

Much of the pre-Test hype concerned the debut of 16-year-old fast bowler Naseem Shah, who Pakistan great Wasim Akram said was ready for the big stage.

“He’s been through a lot the last week and a half and I wish him all the luck,” Akram said.

“In my opinion if somebody’s got pace and first-class wickets under his belt, I think he’s ready to go.”

Yasir took just eight wickets in three Tests on his last visit, but the veteran has dismissed Smith six times from nine attempts.

On day one, Australia’s bowling attack rebounded from a slow start to dismiss Pakistan for 240 on Thursday.

Having gone to lunch wicketless, the much-vaunted Australian bowling attack took 4-3 in a seven-over blitz.

Pakistan openers Azhar Ali and Shan Masoon had become the first tourists to bat through the opening session of a Test at the Gabba without loss, but momentum soon switched dramatically.

Josh Hazlewood bagged two wickets and Pat Cummins and Mitchell Starc each claimed one, before spinner Nathan Lyon also joined the party to leave the tourists reeling at 5-94.

Let's all take a moment to appreciate helmets 👏#AUSvPAK pic.twitter.com/H15BK8fo0A

Cummins finished with figures of 3-60 in his first home Test since claiming the mantle of the world’s best bowler.

He was fortunate to have Muhammad Rizwan caught behind after tea off what appeared to be a no-ball.

English third umpire Michael Gough watched several replays of the Aussie quick’s foot landing on the line, before declaring it a fair delivery and Muhammad was sent on his way.

It doesn't come any closer than that!

Starc also had 4-52 and went within a whisker of a hat-trick, before claiming the final wicket on what proved to be the final ball of the opening day.

The left-arm quick showed again why he is the world’s most dangerous bowler against tailenders.

Cummins then cut a ball back between bat and pad to penetrate teh defence of Shafiq.

Not since 2015 has the Gabba hosted the first Test of the summer against a side other than England, when a day-one crowd of 16,181 watched Australia and New Zealand.

Asad Shafiq made a rearguard half-century to lift Pakistan out of deep trouble.@Domaincomau | #AUSvPAK pic.twitter.com/V34EybrIpk

Pakistan is attempting to claim a first Test win in Australia since 1995 in this two-Test series.

It has never won a series in the country from 12 attempts, nor won at the Gabba, with the Aussies unbeaten at the ground against any team in Test cricket since 1988.

Cricket: Pressure on Australian batsmen as Pakistan dares to believe