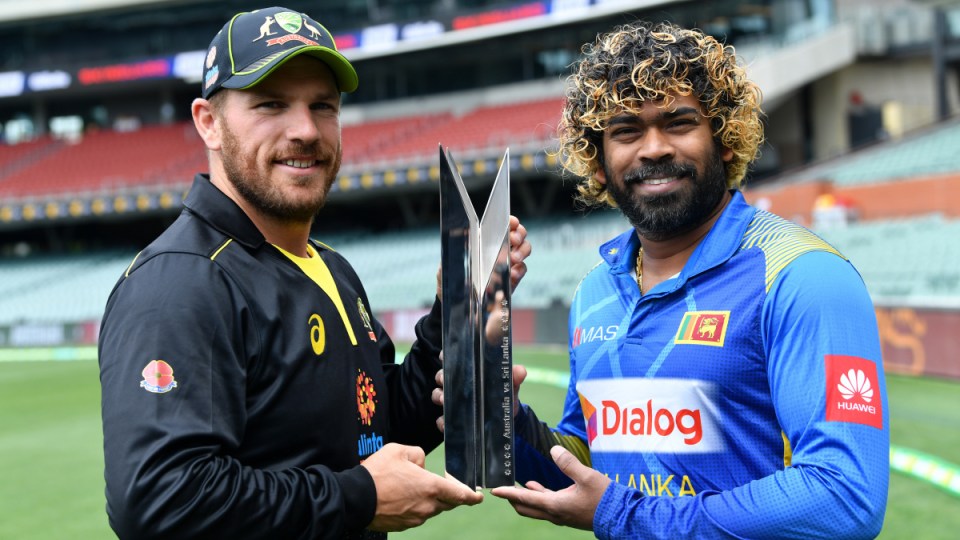 The summer cricket season begins at Adelaide Oval on Sunday and the first Twenty20 International against Sri Lanka will feature Australian skipper Aaron Finch after he passed a fitness test on his troublesome side strain.

The three-game series against the Sri Lankans will also feature matches in the coming week at the Gabba and MCG.

But Finch’s all clear was the only bright spot for Australia, with bowler Andrew Tye to miss those games and the following three fixtures against Pakistan, because of an elbow injury.

NSW quick Sean Abbott has been drafted into the squad to replace Tye, who will soon visit a specialist for a diagnosis after being hurt at training.

“It was one of the first handful of throws he did in a high-intensity drill which required 100 per cent throwing,” Finch told reporters on Saturday.

“He was just a little bit off balance and I think it was a bit of a side-arm, slinging type throw and (he) just felt a little pop.”

Finch missed Victoria’s Sheffield Shield and one-day fixtures in the past week because of his injury, but was declared fit after a nets session on Saturday.

“I was a bit worried about throwing yesterday,” he said. “It didn’t progress all that quickly but … the last three days it has been really good.

“I have got full movement … I feel confident to go.”

For Finch and his team, Sunday’s series opener marks the start of their preparations for the T20 World Cup to be held in Australia from mid-October next year.

The Australians, ranked fifth in the world in T20 cricket, have 21 T20 fixtures between now and then. Finch said this squad had been picked with the cup in mind.

“Everyone has talked it to death about the fact that we haven’t performed at our best in international T20s, whether it be series or World Cups,” Finch said.

So it’s a real focus for us to be able to have the continuity of selection over the next 12 months. At times, there will no doubt be a little bit of workload management in and around Test matches.

“But to be able to have 21 games with a squad, and be playing a lot of three-game series, is really important to be able to get the side all working together.

“The fact that we’re going to be able to get that real continuity and a real process of working back from the World Cup to now, and really starting the build-up, is going to be crucial to hopefully having success.”

Australia’s T20 series against the Sri Lankans continues on Wednesday in Brisbane and Friday in Melbourne.

The Australians host Pakistan in a three-match T20 series with games on November 3, November 5 and November 8.