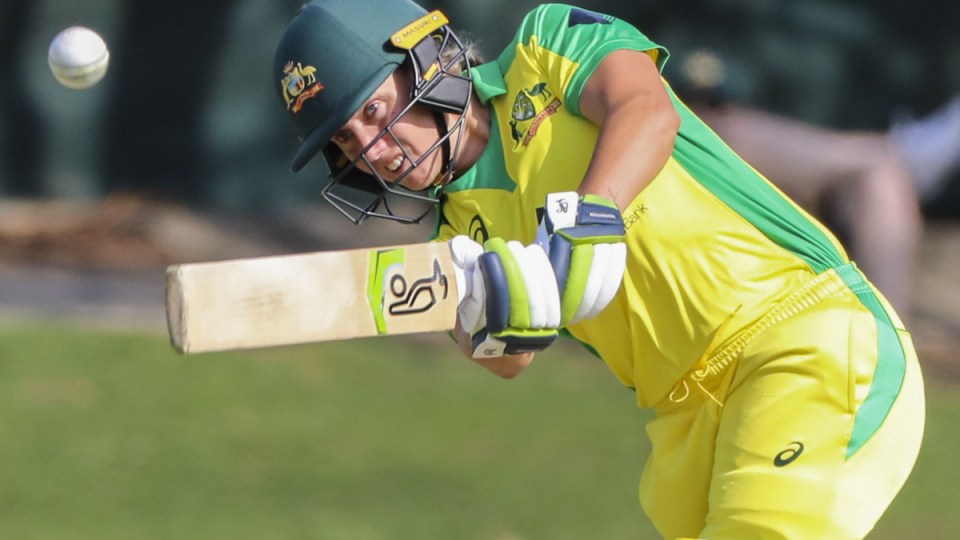 A thrilling Alyssa Healy ton has rocketed Australia to the most consecutive wins in women’s one-day internationals, thrashing Sri Lanka by nine wickets at Brisbane’s Allan Border Field on Wednesday.

A brilliant unbeaten 112 from Healy and 63 from Rachael Haynes helped the Meg Lanning-led Australia race to its target of 196 in just in 26.5 overs, wrapping up the third and final one-day international and continuing its winning run of 18 games that began at Baroda, India in March 2018.

Earlier, Sri Lankan standout Chamari Atapattu ensured Australia would need to work for its place in history, making the most of a dropped chance on 55 to anchor the visitors’ innings with 103 off 124 balls.

Megan Schutt also picked up two wickets against the world No.8 side.

Sealed with a SIX! History made by the Aussies #AUSvSL pic.twitter.com/FFMfbNKf47

Unbeaten in five series, Australia last lost in the 50-over format in the third Ashes ODI at Coffs Harbour in October 2017.

Cricket.com.au reports that 12 of the 18 wins have come on foreign soil, from the subcontinent to the unknown quantity that was Malaysia, alongside the United Kingdom and the Caribbean.

The 18th win overtook the run of Belinda Clark’s Australian side in the late 1990s.

Lanning’s side can match that if it sweeps the three-game series in South Africa in March.