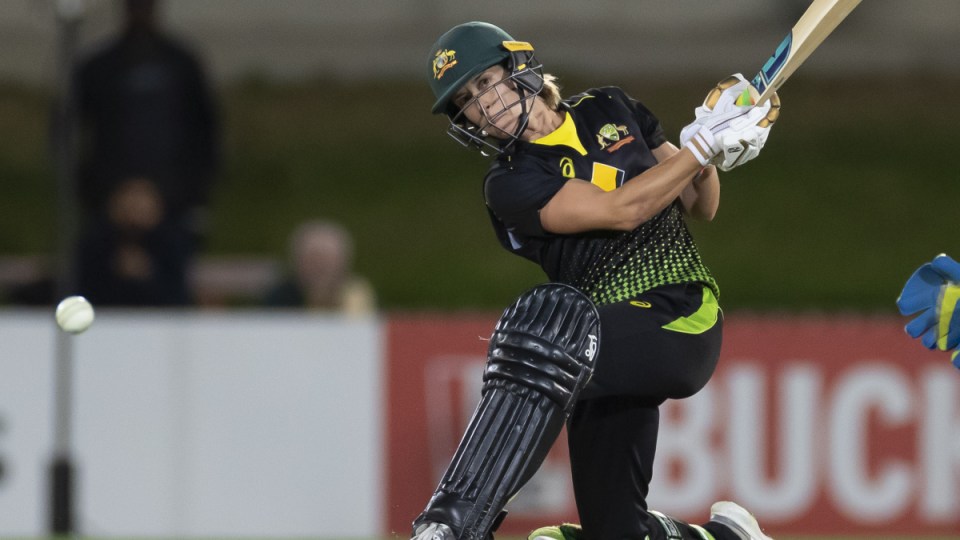 The gulf in class was clear as Australia romped to a one-sided nine-wicket victory over Sri Lanka in the second Twenty20 international on Monday at North Sydney Oval.

The victory wrapped up the three-match series in the process.

Sri Lanka showed plenty of promise in a 41-run defeat on Sunday, but the world champions turned on the class to reach 1-87 and pass the visitors’ modest 8-84 with 10.2 overs to spare.

Openers Alyssa Healy and Beth Mooney appeared intent on overhauling the Sri Lankan total as quickly as possible, putting on 38 for the first wicket.

Healy crunched 21 off 15 balls before she fell victim to a classic running catch in the deep from Nilakshi de Silva.

Mooney followed up her 113 on Sunday with a confident unbeaten 28, while Erin Burns ended on 30 not out.

Ashleigh Gardner was omitted from Australia’s side with a hamstring strain – along with Delissa Kimmince – allowing Heather Graham and Burns to come into the XI as the Aussies rotated their side ahead of a busy domestic schedule.

Sri Lanka won the toss and batted first with the hope that captain Chamari Athapaththu could reprise her big-hitting century from the first match, but the visitors’ star batter was instead run out by a superb Georgia Wareham throw for 16.

Tight bowling kept the Sri Lankans on the back foot from the outset inching their way to 3-38 at the halfway point of the innings.

Such was Australia’s dominance Sri Lanka’s top score was just 19 from Shashikala Siriwardene, while Ama Kanchana chipped in with 16 not out down the order.

Ellyse Perry took the bowling honours with 2-21, while Nicola Carey showed great control to return 1-9 off four overs, while Wareham claimed 1-8 off three.