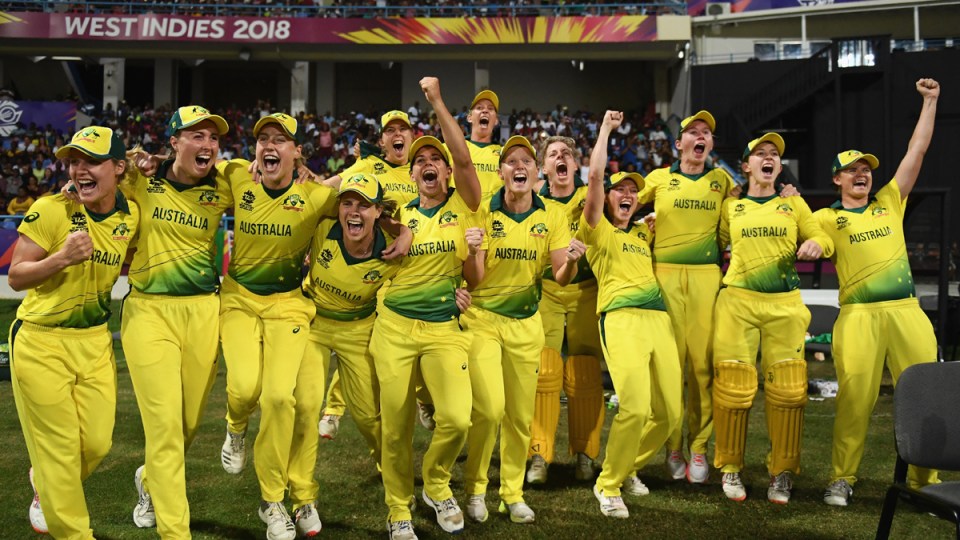 Australia's women's cricket team are set for their biggest year yet. Photos; Getty

Elyse Villani is wary of clichés. But to hell with it … because it’s true.

“I am living the dream, it’s a simple as that,” she tells The New Daily.

Villani is a member of the Australian women’s cricket team currently playing a three-game, One Day International (ODI) series against New Zealand.

‘I absolutely love that I’m able to rock up at the airport and put down on the boarding card, occupation – athlete,” Villani says.

The rise to prominence of women’s cricket is a recent sensation that has taken generations and decades to build.

The Australian women’s team played its first Ashes series at home against an English side in 1934. International short-form cricket for women has been fixtured since 1973.

All these women were immensely talented and hugely successful cricketers.  They were also pay-to-play amateurs who made immense sacrifices for the privilege of representing their country.

Their efforts have paved the way for the current crop of cricketers who now enjoy parity of status with the men’s team and are employed as full-time cricketers.

Unsurprisingly, that investment in the women’s game has resulted in an acceleration in the growth and prominence of the sport and the status of the national team.

Villani concedes that as a consequence, this team is a hard one to break into.

She was dropped from the ODI squad following the 2017 Ashes loss in England, though she retained her place in the squad that won the World T20 tournament in the West Indies in November 2018.

She feels there’s a real momentum that this team has generated out of last year’s success.

“As a squad, we’ve been building nicely over the last two years. We’re putting up some pretty consistent performances now across both formats (T20 and ODI).

“We want to play an aggressive brand of cricket and the whole squad has bought into that.”

The visibility of women’s professional cricket has improved dramatically. This summer’s Women’s Big Bash League (WBBL) was a huge success and raised the profile of some of the sport’s best players to that of their male counterparts.

“I think the advantage we have over the men’s Big Bash is that we’ve got the best Australians available to play in the competition. Sometimes the men’s schedule doesn’t allow that.

“We’re in a lucky place that the best women’s cricketers in the world are able to play in our competition,” Villani says.

The Australian batter agreed it also provided an increased volume of top-level competition for the players which has resulted in a rapid advancement in their development.

“To be honest, when I was growing up I didn’t think it would be possible to play cricket as a full-time job. Our job is to play cricket for our country and we want to be doing that as often as possible.

“We’re training really hard. It’s no secret that the more opportunity to train and play the better you get. I think you’re seeing the evidence of that now,” Villani says.

She finished her innings 107*, with 11 boundaries next to her name. Absolute superstar! #AUSvNZ pic.twitter.com/fkDyga1cd4

This year will be the busiest yet for the Australian women’s cricket team.

Following on from the final ODI match against New Zealand, the team has a mid-year Ashes series to prepare for as well as matches against Sri Lanka and the West Indies on their schedule.

It will culminate in early 2020 when Australia hosts the T20 World Cup.

The rapid transition from amateur status to high-profile professional athlete can be daunting, but Villani is taking it in her stride.

“It’s been a welcome change, it’s something that we’ve always aspired to be. There are plenty of challenges along the way but we’ve got a great support network in place to help us deal with that.”

The final frontier for the women’s game is the availability of Test match cricket.

Villani would love the chance to play more of the red ball stuff.

“At the moment we play just one Test every two years, and it’s difficult to get better in that format not playing it very often.”

Right now though, Villani is intent on enjoying the ride and making the most of opportunity.

“I never thought it would be possible in my lifetime so to be able to live it every day has been sensational.”