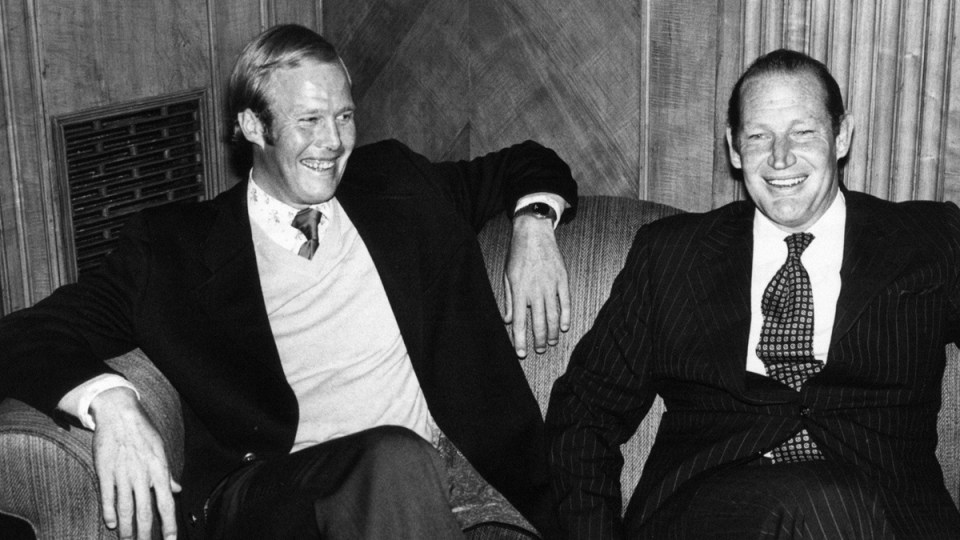 In 1978, Australian cricket was in the midst of a protracted civil war. Kerry Packer’s World Series Cricket had ripped up the rule book on how the game was played and managed.

In his new book Bradman and Packer – the deal that changed cricket, writer Dan Brettig examines one of the most tumultuous moments in the game’s history.

A question of money

In his dramatisation of the many theories surrounding the Kennedy assassination, Oliver Stone has his composite senior military figure, Mr X, utter the words: “That’s the real question isn’t it: why? The how and the who is just scenery for the public.”

The question of why Sir Donald Bradman accepted Kerry Packer’s request for a meeting at the height of World Series Cricket tensions, and then promised to usher through whatever deal was subsequently reached, remains a source of wonderment to those who knew of the meeting at the time, or only discovered, many years later, that it had taken place.

The parlous financial affairs of the ACB and the state associations must have been foremost in Bradman’s thinking. The ACB’s balance sheet for mid-1979 would show a $35,748 shortfall of liabilities over assets, which included 48 baggy green caps assigned a book value of just $648, to go with their symbolic depreciation in the eyes of the cricket public.

The Australian coat of arms on the cap had undoubtedly been devalued, and it was to be a telling item of the subsequent deal that the emergent WSC logo was retained, if only on the breast of player shirts, as a lingering trademark of the breakaway era. All states had been pushed into varying positions of financial distress by the preceding two seasons – by a foe who not only possessed the money to outlast them, but also had the political and legal muscle to out-manoeuvre them.

Quite apart from the 1977 London High Court case that allowed WSC to go ahead on the basis of restraint of trade, Packer had caused plenty of anxiety among board directors by securing the SCG and the Gabba to host matches in the second WSC season.

Although the sight of the SCG being packed in November, 1978, made for great television pictures and a memorable sight for all who had witnessed it in person, its significance related as much to the power Packer had wielded. In encouraging the New South Wales Premier, Neville Wran, to replace the SCG Trust Board and install a new set of directors, Packer was able to stage matches in the establishment heartland – a welcome change of surroundings after the WSC troupe had endured the less attractive scenery of the Sydney Showgrounds.

The combination of political influence and legal know-how caused, in the memory of Victorian administrator Bob Merriman, no small amount of consternation.

“After he’d done the deal he did in Sydney people started to say, ‘Hang on, woah’,” Merriman says. “The fact that NSW Cricket didn’t have that ground tied up so that he could get to use it was just bloody unbelievable. Bob Parish and Ray Steele had the MCG tied up so they [the WSC players] couldn’t even walk on the ground.”

Another plausible explanation for the haste of Packer and Bradman’s accord is found in a theory advanced by Greg Chappell after conversations with the former board chairman (1980-83) Phil Ridings.

“Basically the board lawyers told them that directors would be personally liable for any further costs,” Chappell says. “Once they’d spent the board’s money and went into debt, they would be liable for it. That was a catalyst for somebody, and I have a fair idea who, to speak to the board chairman Bob Parish and say, ‘You’d better get up to Sydney and have a talk to Kerry’.

“I heard that was the catalyst for saying, ‘Let’s just get this deal done, we don’t need to be in this position’. Phil (Ridings) was very closely involved with the board and with South Australian Cricket. He knew a lot of what went on behind the scenes, and I’m led to believe that was a very strong catalyst for a certain individual on the board to just get this thing done.”

Chappell’s theory is given credence by David Richards, whose knowledge of the board’s structure during his time as VCA secretary was such that, when appointed executive director in 1980, he would be given the task of reshaping the ACB into a fully incorporated body.

Had the board gone further into debt, Richards says, the liability would have fallen upon the State Associations. Of these, the SACA and the WACA, as ground managers at the Adelaide Oval and the WACA respectively, had most to lose because their substantial membership bases and subscriptions tied to ground admission went directly to each Association, whereas in NSW and Victoria the membership revenue streams from the SCG and MCC memberships flowed into the coffers of the SCG Trust and the Melbourne Cricket Club.

Given the link to memberships and ground ownership in SA and WA, there was the possibility, however remote, that Packer could have ended up not only having access to Adelaide Oval and the WACA Ground, but rights to the ground management. A SACA committee representative above all else, Bradman wouldn’t be the man who sent the State Association and its members broke.

As a keen follower of politics and economics, Bradman knew of the potential for wider ructions, too.

Looking beyond cricket’s small economy, Australia was feeling the strain of a debate over how to tackle the next decade. In 1979, the national economy was only three years out of one recession and shortly to feel the effects of another, as the protectionist limitations on Australian business and industry ran up against a climbing import/export deficit, global trends of stagflation and the loss of former certainties about oil markets.

This was the year of the Shah’s overthrow in Iran, hour-long queues for gas in the United States, and the US President Jimmy Carter’s assertion of a “crisis of confidence” in the world’s largest democracy. The partial opening of Australia to global markets, which would do wonders for the bank balance of Packer, among others, was still a matter for argument. Uncertainty etched itself on the faces of many more important men than the delegates to the Australian Cricket Board.

Knowing all of this, Bradman twisted from a position of staunch opposition to one of unqualified support for a new era, helping to rush through a peace treaty that gave Packer and Nine a rich controlling stake in the game for the next decade and more.

Although the ACB did retain theoretical control of the fixture, the players and the running of the game, they would be compelled to cede enormous influence to Nine and its marketing arm, PBL. Exactly how much would become clearer once Packer’s jet made its approach back into Sydney in the mid-afternoon after his meeting with Bradman.

This is an extract from Bradman & Packer—the deal that changed cricket, the second instalment in The Slattery Media Group’s ‘Sports Shorts’ series of books.