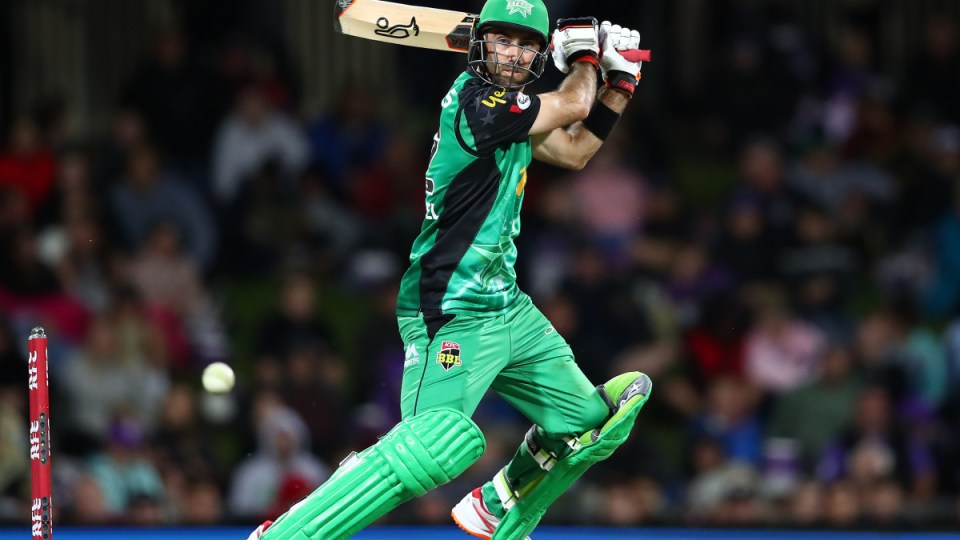 Melbourne Stars will have a shot at their second Big Bash League title after seeing off Hobart Hurricanes in Hobart on Thursday night.

The Stars chased down a victory target of 154 with six wickets in hand to end the home side’s dream of a BBL crown.

What a way to finish it 💥@StarsBBL are through to Sunday's final! #BBL08 pic.twitter.com/zzkruoXBqB

Seb Gotch (33* from 22 deliveries) crunched a massive six off James Faulkner’s bowling to send his team through to the decider, with eight balls remaining.

Stars captain Glenn Maxwell won the bat flip and sent the Hurricanes in to bat first at an overcast Blundstone Arena.

Hurricanes openers Matthew Wade and D’Arcy Short have been the top-order combination punch that most teams have found too difficult to contain this season.

The duo’s 14 innings together this season has produced 810 runs, building an imposing platform from which the Hurricanes can launch.

The Hurricanes’ ability to ring up the scoreboard early by punishing the quick bowlers has been a feature and it was no surprise to see Maxwell opt to open the bowling with spin.

It was pace, however, that did the early damage.

OUT. What a start from the @StarsBBL, Wade goes early! #BBL08 pic.twitter.com/lZyGuejLMS

The threat of a tearaway opening partnership was snuffed out in the second over when Dan Worrall got one to move away from Wade (two from four deliveries), who edged to be caught behind by Peter Handscomb.

Worrall was in the groove and just a few deliveries later Caleb Jewell (one from four deliveries) found his stumps rattled by a superb outswinger from the big right-arm bowler.

Short has an average of 47.31 from his 34 BBL matches at an impressive strike rate of 146.3, and the responsibility fell to him to lead the counter attack.

The Northern Territorian was quickly into the groove with 35 runs from 21 deliveries before mistiming a lofted drive from Adam Zampa, consequently caught by Gotch.

At 3-42 at the end of the sixth over power play, the Hurricanes would need their middle order to provide the runs.

George Bailey and Ben McDermott set about restoring the innings for the Hurricanes. The pair put on 75 before Bailey (37 from 32 deliveries)  dragged a Worrall delivery to mid-on and was caught by Maxwell.

McDermott (53 from 42 deliveries) brought up his 50 but was also caught out in the deep by Maxwell with three overs remaining.

The Hurricanes finished at 7-153 from their 20 overs. The defending champions had not been beaten at Blundstone Arena in their past eight starts, and would have their work cut out to maintain that winning streak.

The Stars needed to produce a run rate of 7.70 to reach their victory target.

Only Jofra goes up for the appeal, but that's all is needed! #BBL08 pic.twitter.com/mG7CaYjjkA

Ben Dunk (9) was the first batsman to fall, caught behind off Jofra Archer’s first delivery.

Handscomb struggled to get going in his innings before he produced three boundaries in the sixth over to end the power play at 1-46.

Marcus Stoinis has been in hot form for the Stars but the all-rounder, who won the Australian One Day International player of the year award earlier this week, had an early finish.

Stoinis (18 from 20 deliveries) was deceived and bowled by a delightful flipper from leg-spinner Qais Ahmad.

Nic Maddinson (18 off nine deliveries) was Qais’s next victim and, at 3-78, Maxwell came to the crease with his team needing 76 runs from 67 deliveries to book a spot in the final.

Handscomb (35 from 26 deliveries) fell to Qais’ LBW to become the Afghan’s third wicket, keeping the Hurricanes in the contest.

Maxwell (43 runs from 33 deliveries) and Gotch kept the scoreboard ticking over and with 30 balls remaining, the Stars needed 37 runs to win.

The Stars skipper guided his team to victory as he and Gotch put on 72 runs from 55 deliveries to seal the win.

Handscomb was thrilled with the win.

“I’m just so happy. We’re really enjoying each other’s company. I’ve said it before, we are the Stars family and we are just having so much fun,” Handscomb said.

The Hurricanes’ night was further soured with a serious shoulder injury that George Bailey suffered while fielding on the boundary rope.

The Stars will face the winner of the second semi-final between  Melbourne Renegades and Sydney Sixers in Sunday’s final.

Stars shine in Hobart to breeze past Hurricanes