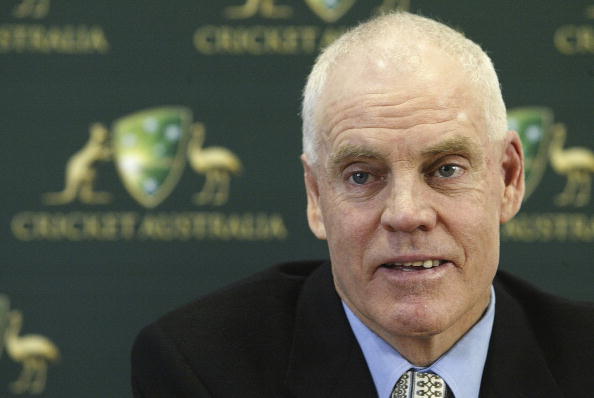 Trevor Chappell in 2004. He was most well known for the underarm bowling incident in 1981. Photo: Getty

Its two protagonists were then Australian captain Greg Chappell and his brother, Trevor.

Trevor Chappell, now 65, told The Daily Telegraph that the incident took a mental toll on him.

“What I did has lived with me ever since, and it will be the same for Smith and Bancroft,” Mr Chappell said.

“They’ll have to live with what they’ve done forever.

“Whether it haunts them for the rest of their lives is down to them, but I haven’t been able to shake off what happened to me in 37 years.”

What was the underarm bowling incident?

On February 1, 1981, Australia played New Zealand in a one-day international cricket match in the final of the Benson and Hedges World Series Cup at the MCG in front of a record ODI crowd of 52,990.

With New Zealand needing a six from the last ball to tie the match, Greg Chappell decided to order the underarm delivery to deny NZ any chance of tying the match, let alone winning.

As a batsman, it is almost impossible hit an underarm bowl. As a result, Australia won the match and the series 2-1.

The underarm ball was not against the rules at the time. However, it was considered to be unsportsmanlike.

What was the outcome of the underarm bowling incident?

The incident resulted in the International Cricket Council banning the underarm bowl.

According to Scribd, the council considered the underarm bowl “not within the spirit of the game.”

In 1982, Australia went on a tour to New Zealand. During the first ODI of the tour, a spectator rolled a lawn bowl on to the ground as Greg Chappell walked out to bat – ridiculing the incident from the year before.

What was the public reaction of the underarm bowling incident?

The incident gained widespread attention – then prime minister Malcolm Fraser said it was a “contrary to the traditions of the game”.

NZ prime minister Robert Muldoon described the underarm bowl as “the most disgusting incident I can recall in the history of cricket” and “it was an act of true cowardice and I consider it appropriate that the Australian team were wearing yellow”.

According to the February 2, 1981 edition of Christchurch newspaper, The Press, former Australian captain Richie Benaud, said in his television commentary that the underarm bowl was “gutless”.

While Smith and Bancroft may have relieved Chappell of being the most hated man in sports history, the underarm incident will still live on as shameful moment in Australian cricket history.

Underarm bowling incident: What Trevor Chappell did in 1981