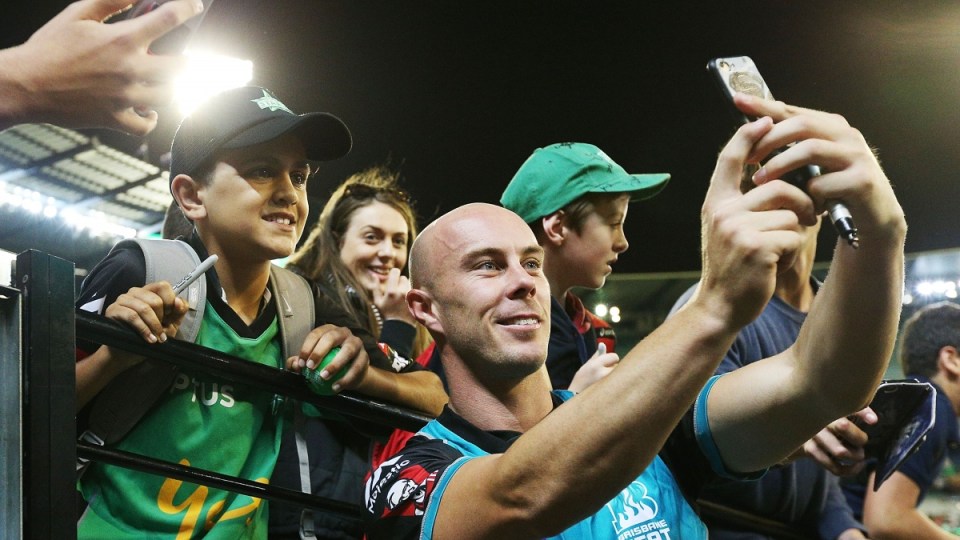 Brisbane Heat’s big-hitting Chris Lynn can smash a ball, but can he stay on the field long enough to cash in on his huge Indian Premier League payday?

The 27-year-old scored a “life-changing” $1.86 million deal with the Kolkata Knight Riders in Saturday’s IPL auction.

The Queensland born-and-bred batsman was the highest bid Australian in the auction, with $60,000 more than pace bowler speedster Mitchell Starc.

But Lynn said he didn’t want to be “someone like Bernard Tomic” and get too ahead of himself, particularly given his recent injury woes.

Lynn admitted to some anxious moments in the field upon his return from a four-week calf injury in Brisbane Heat’s 26-run BBL loss to Melbourne Renegades at the Gabba on Saturday night.

With the IPL season beginning in April he also admitted a shoulder issue that warranted surgery last year would not be 100 per cent for 12 months.

But Lynn backs himself to be ready for Australia’s upcoming Twenty20 international tri-series against England and New Zealand, and says he’ll be looking after his body to ensure he can be fit for his big payday.

“I have got to keep my body right because you don’t get paid if you don’t go,” Lynn said of his IPL deal.

I might go and get a crapload of cotton wool.”

“It’s not all about the money but it is life-changing,” Lynn said. “You never want to get too far ahead of yourself because if you are someone like Bernard Tomic you get shot down pretty quickly don’t you?”

Lynn looked good with the bat upon his injury return for Brisbane, thrashing 21 off 13 balls with two sixes and two fours before being caught by Marcus Harris.

In the field Lynn looked mindful of his recovering calf and the shoulder issue – at one stage aborting his pursuit of the ball as it headed towards the boundary in the Renegades’ innings.

“Obviously I was a bit apprehensive out there but to get through that was the first step of hopefully a good stint on the field.”

Lynn said he had kept in touch with Australian selectors and they were comfortable with his potential limitations in the field ahead of the T20 series.

“They are comfortable with me not throwing or diving in the field – they know where my body is at,” he said. “I would have loved to have played a few more games to build confidence but it wasn’t to be.

“But whether I am playing for Brisbane or Australia I will still be giving 100 per cent.”

Australians in the IPL auction