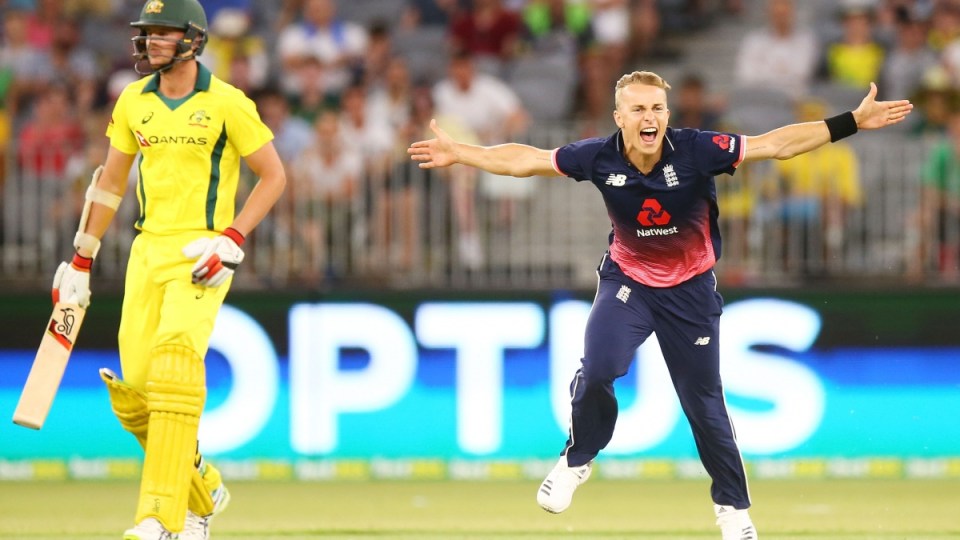 Australian ODI captain Steve Smith says Australia’s 1-4 series loss to England was the result of batting lapses that must be addressed.

In Sunday night’s final match of the series, Australia was bowled out for 247 after 48.2 overs, falling short of England’s total of 259.

England’s Tom Curran was named man of the match with bowling figures of 5-35.

Australia’s Marcus Stoinis belted 87 off 99 in the run chase, while earlier Andrew Tye was the best of the Aussie bowlers with 5-46.

Australia was cruising at 4-189 in the 34th over, but Curran’s haul in just his third ODI tipped the balance.

“We thought we had pulled it back pretty well,” Smith told Channel Nine of the run chase that faltered at the end.

We probably didn’t start as well as we would have liked today … but the batting again just wasn’t good enough, these lapse are just happening just too often.”

It was a day of firsts at the first sporting event for Perth’s new $1.5 billion stadium, with a sellout crowd praised by the Australian skipper.

“It was magnificent – the crowd was spectacular, the pitch played really well and it was a lively outfield,” said Smith of the new stadium, adding he was now looking forward to “a couple of weeks off”.

Both sides will now turn their attention to the T20 tri-series that also involves NZ.

Smith’s lean run with the bat continued in the fifth one-dayer, with the right-hander dismissed for 12 off 23 balls.

It means he finished the five-match series with just 102 runs at an average of 20.4 – a rare form slump for a player rated by many as the world’s best batsman.

Smith, who will be rested from the T20 series, jumped at the chance to bowl first on Sunday after winning the toss, saying he and his players had no idea what to expect from the drop-in pitch.

Mitchell Starc thought he’d become the first bowler to take a wicket at the venue when wicketkeeper Tim Paine took a good diving catch in the third over. But replays showed a marginal front-foot no-ball, with England dangerman Jason Roy subsequently called back.

Australia’s Stoinis was promoted to bat at No.3 following the axing of Cameron White, and he made the most of the chance by composing a mature innings.

A crowd of 53,781 turned out for the match – the largest crowd to attend a sporting event in Western Australia, eclipsing the 52,781 on hand to watch the WAFL grand final in 1979 at Subiaco Oval.

The new stadium also had its first pitch invader with a fleet-footed streaker drawing the biggest cheer in the 17th over of Australia’s innings.

The man jogged around and soaked up the atmosphere before being tackled by a security guard. But he managed to wiggle out of the tackle and evade two others before continuing his moment in the afternoon sun.

Eventually, he had enough, and walked towards security guards with his hands together in a handcuff position.

Despite his surrender, he was floored by a security guard before being escorted away to a big ovation.