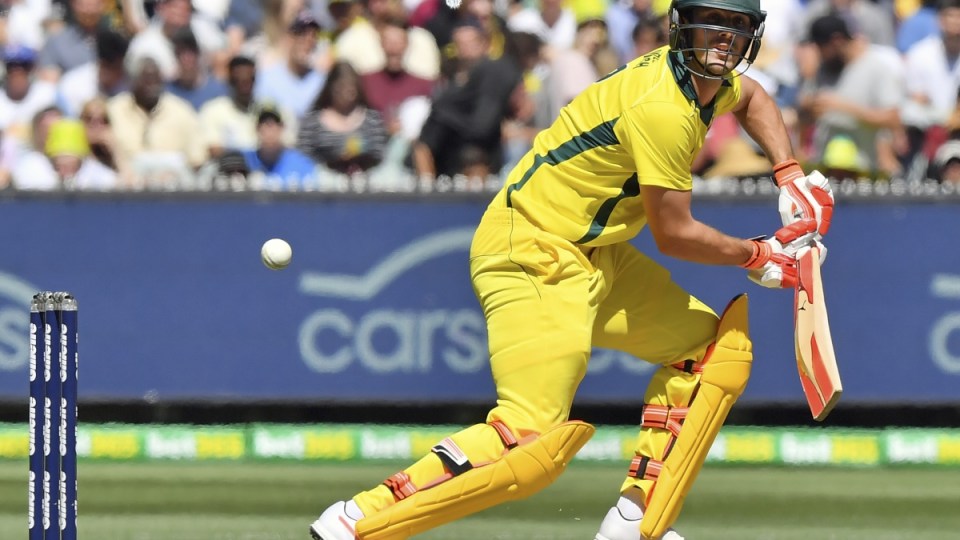 Mitchell Marsh knows he must cash in on his good form to cement his spot as Australia’s middle-order destroyer at next year’s World Cup.

The all-rounder backed up his breakthrough Test series performance with a clean-striking 50 at the MCG, but believes his dismissal just as Australia looked to change gears contributed to the one-day international series-opening loss.

Marsh said converting those promising starts was essential, not only for his own ambitions but for the side’s immediate success.

“I’ve been very clear in what I want to do in the first 30 balls and working hard on that game plan and sticking to it,” Marsh said on arrival in Brisbane ahead of Friday’s game two at the Gabba.

“It was nice to get a few yesterday, but I was really disappointed to get out at the time I did.

Marsh and fellow all-rounder Marcus Stoinis (60 off 40) both fired in Australia’s batting innings and appear relatively settled at five and six, with the 2019 World Cup in England on the horizon.

“It’s important not to look too far ahead, but it’s a good opportunity for us young guys coming in to cement our places in the one-day team,” Marsh said.

He said Australia needed to rethink its plan to England opener Jason Roy, who clubbed 180 as the visitors chased down 304 on Sunday.

“We saw an innings like Jason Roy’s last night that takes the game away from you,” Marsh said.

“Young kids to come and watch that is great but hopefully it’s the last time we see that this series.”

World Cup the driving force for Australia in ODI: Marsh