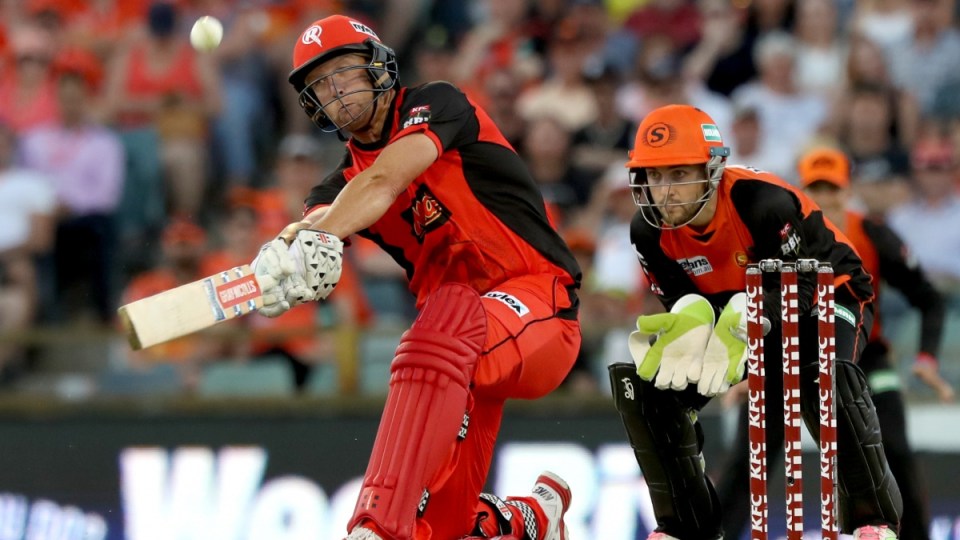 Cameron White is determined to make the most of his shock recall to Australia’s one-day side after being picked ahead of Glenn Maxwell to replace the injured Chris Lynn.

White’s exodus from national duties is set to end after he was added to the 14-man squad to face England in the five-match ODI series starting in Melbourne on Sunday.

The 34-year-old has not represented Australia in any format since last being picked for the ODI side three summers ago.

Having been dropped before the 2015 World Cup, White returns to the side with planning already well-advanced for the 2019 edition.

But for the time being, his focus is on making the most of a moment he had feared may never come again.

“I was very surprised this morning when Trevor Hohns rang me,” White said on Thursday.

“In the back of my mind I never really gave up all hope.

“I’d like to think I can go into it not putting too much pressure on myself but I probably will …. (not knowing) how big of an opportunity it is and how long it’ll last.

“It’s just going to be up to me to make the most of it. Hopefully I can.”

While his domestic form has been strong, White’s recall is all the more surprising given he was involved in a spat with national chairman of selectors Trevor Hohns last summer.

White suggested at the time that the Australian side was being treated as a “development team”.

Hohns hit back, describing White’s international career as “nothing earth-shattering”.

The pair are yet to clear the air but Hohns on Thursday said White’s form in the Big Bash had been impossible to overlook.

“He’s one of the leading run-scorers in the BBL, he’s experienced, he’s a very smart cricketer and he’s a good fielder,” Hohns said.

“He ticks all the boxes for what we need at this stage.”

White last summer said it made little sense that players were able to earn national selection in “any format” on the back of BBL form.

But he conceded on Thursday that his 285 runs at a strike rate of 116 had gone a long way towards cementing his ODI recall.

“Making a few runs in the Big Bash hasn’t hurt,” he quipped.

“Maybe it is a little ironic, (although) I’d like to think that my one-day cricket for Victoria hasn’t hurt my chances of getting this opportunity.”

His recall leaves Victorian teammate Maxwell at the crossroads with the national side already planning for the 2019 World Cup.

Maxwell was among the best-performed batsmen during Australia’s World Cup triumph in 2015, scoring 324 runs at 64.80.