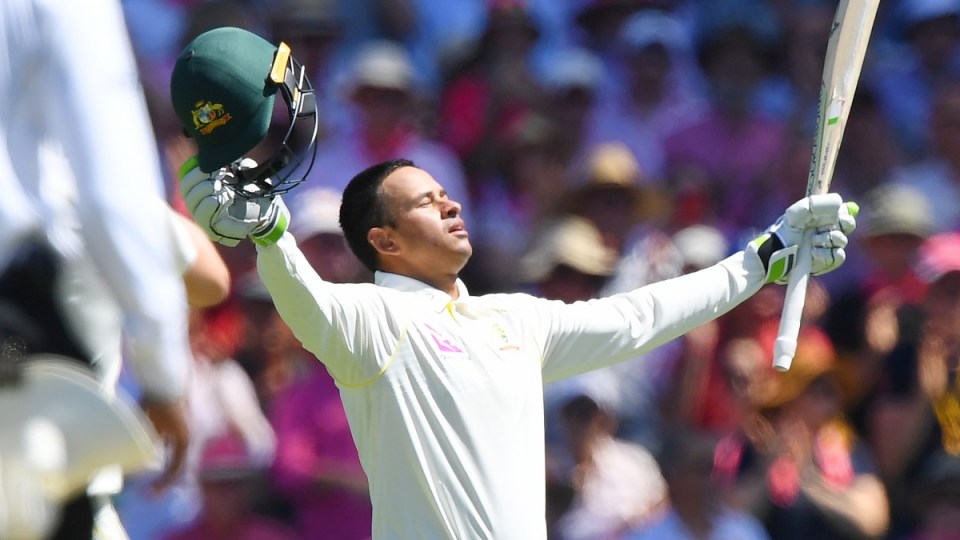 Usman Khawaja’s spot in the Australian team appears safe after he turned his first hundred in more than a year into a big one at the SCG.

Khawaja entered the final Test of the summer under pressure to keep his spot, but is now a near certainty for Australia’s tour of South Africa in March after passing 150 on Saturday.

Resuming at the SCG on day three on 91, Khawaja brought up his sixth Test ton when he cut Moeen Ali for two early on Saturday morning.

Patient for the majority of the morning session as part of a 188-run third-wicket stand with Steve Smith, Khawaja reached his next milestone of 150 after lunch when he again hit Ali for two boundaries in the one over.

It took him to his second-highest Test score, closing in on the 174 he made against New Zealand at the Gabba in November 2015.

Khawaja’s knock marked his first Test century since the pink-ball Test against South Africa in November 2016, and was his maiden ton against England in his ninth Ashes Test.

Averaging just 27 in the first four Tests of this summer, his spot at first drop was under fire ahead of an away Test series in South Africa against one of the most dangerous bowling attacks in the world.

But after being dropped in India and Bangladesh this year, Khawaja now looks set for his best chance away from home since 2016.

Renowned for his struggles against spin, selectors will be most impressed by the No.3’s fight against the turning ball at the SCG.

He fought hard early in his innings on day two against tweaker Ali and debutant legspinner Mason Crane before he flourished late in the day.

He also survived an LBW chance against Crane on Saturday when he padded up to a ball outside off-stump.

England’s review revealed a front-foot no-ball, and to make matters worse, ball tracking showed it would have hit middle stump.

The century also marked Khawaja’s maiden Test ton in his childhood home town of Sydney, and has included his 2000th run in Test cricket.