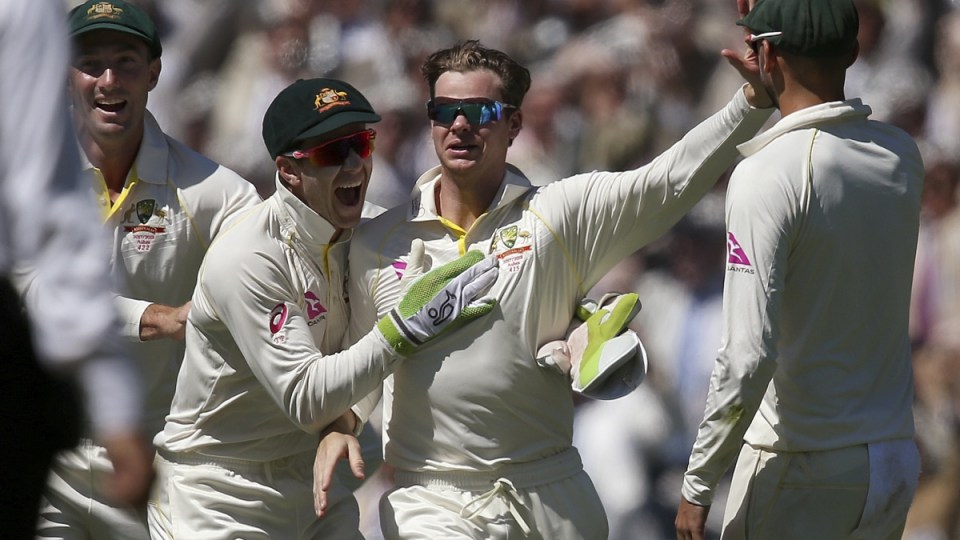 Two dropped catches and a wagging tail has helped England post a first-innings total of 346 on day two of the Ashes series finale.

A sensational one-handed slips catch from Steve Smith reduced the visitors to 6-251 early in Friday’s morning session at the SCG, removing Dawid Malan for 62.

Australia were well placed to roll England quickly but failed to take simple chances offered by Tom Curran and Moeen Ali, on 21 and 22 respectively.

Pat Cummins was at mid-on when Curran spooned the ball to him, while Josh Hazlewood was camped under a skied edge but misread the Kookaburra so badly it slid off his chest without touching either hand.

The tourists’ innings and the day’s opening session ended when Mason Crane was run out following a terrible mix-up with Jimmy Anderson.

It helped Cummins claim figures of 4-80 but also pushed the visitors’ total well beyond 300.

Stuart Broad slapped two sixes in a quick-fire knock of 31 that ended when Smith held another skied edge, handing Nathan Lyon his only wicket of the match.

Moeen was out for 30 to a Cummins bouncer that clipped his gloves, giving Paine his fourth catch of the game.

Curran fell for 39 while fending a short-pitched delivery from Cummins to Cameron Bancroft at short leg.