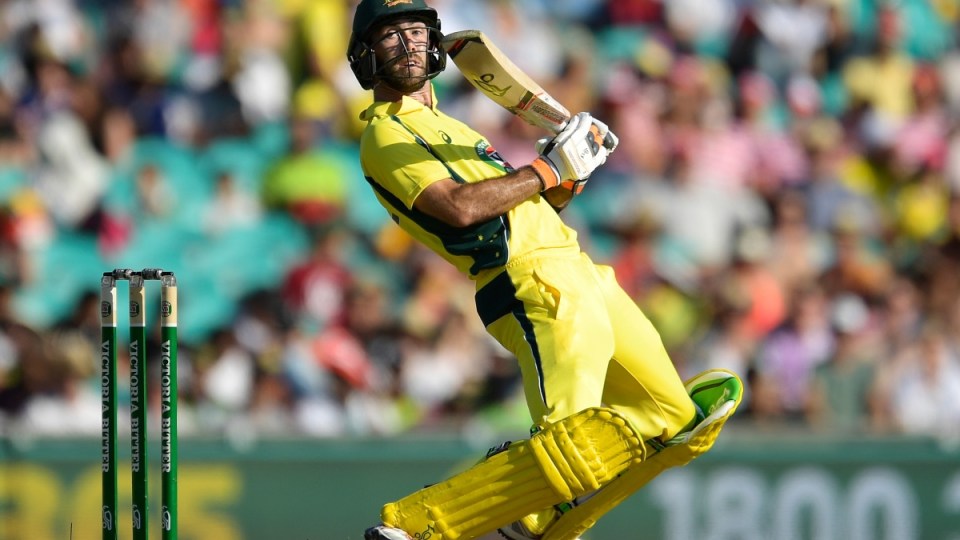 Glenn Maxwell hits out for Australia in an ODI game against Pakistan on January 22, 2017. Photo: Getty

Glenn Maxwell has been told to focus on the basics and train smarter after being a shock omission from Australia’s ODI squad.

Steve Smith is mapping out Australia’s World Cup defence ahead of the 2019 tournament in England and has put Maxwell, a key part of their triumph in 2015, on notice.

The rollercoaster that is Maxwell’s international career continued on Wednesday, when he was left out of a 14-man ODI squad for a five-match series against England that starts on January 14.

“He could train a little bit smarter,” Smith said.  ”We’ve all seen the way he can come out and play and do all his funky stuff and be pretty cool with that.

“But when he puts his head down he’s actually a really good batsman, as we’ve seen in Shield cricket.

“If he keeps his head switched on and trains really well and focuses on basic things, probably more than the expansive things, then I think that will help him have his consistency.”

The critique comes 13 months after Smith publicly slammed Maxwell for “very disrespectful” comments he made about batting below Matthew Wade at Victoria.

Wade was also axed, in favour of Test keeper Tim Paine, in Wednesday’s overhaul of the one-day squad.

West Australian pacemen Jhye Richardson and AJ Tye are set to make their ODI debuts when Mitchell Starc, Josh Hazlewood and Pat Cummins are rested at some point this month.

Travis Head, Chris Lynn, Mitch Marsh and Marcus Stoinis were the middle-order options preferred ahead of Maxwell, who was crowned Australia’s ODI player of the year after a dominant 2015.

Maxwell enjoyed somewhat of a breakthrough year in 2017.

He posted his maiden Test ton in India, forming a key partnership with Smith, and was summoned to Brisbane as a reserve batsman for the Ashes series opener after a couple of injury scares.

Maxwell has since produced scores of 278 and 96 in the Sheffield Shield but chairman of selectors Trevor Hohns says his panel wants more “consistency” from the Victorian allrounder.

“In his past 20 matches in this format he has averaged 22 and we need more than that from a player in the side’s batting engine room,” Hohns said.

“Glenn is still absolutely in our thoughts but for this series we have decided to look again at Chris Lynn.”

“Coming back into the Test squad at the beginning of the Ashes series he has made a terrific contribution with bat and gloves,” Hohns said.

“He deserves his opportunity in this form of the game.”