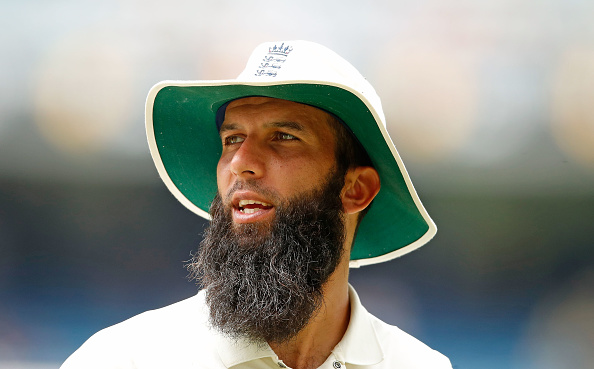 Moeen Ali could face the axe and be replaced by Mason Crane for the Sydney Ashes Test. Photo: Getty

Joe Root believes Moeen Ali will do “great things” in the future, but he may not escape the axe for the Ashes series finale in Sydney.

The England all-rounder’s nightmare series continued during the drawn fourth Test in Melbourne, where he failed to take a wicket and holed out cheaply with the bat.

Moeen has claimed just three wickets at an average of 135 for the series.

With England desperate to salvage a dead-rubber victory after being denied in Melbourne, it can ill-afford to carry an under-performing tweaker at the typically spin-friendly SCG.

“I think personally you’ve got to move on,” former England spinner Graeme Swann told the Nine Network. “He’s so shot for confidence.

“When he gets to Sydney, because it’s a wicket traditionally that spins, he’ll be expected to take wickets. He’ll have extra performance pressure on him.”

Uncapped legspinner Mason Crane looms as the likely replacement for Moeen, who suffered a side injury at the start of the tour which denied him time in the nets.

His evaporating confidence was obvious during a manic knock of 20 at the MCG which came at a time when England needed to buckle down and build a solid partnership.

Moeen arrived at the crease and cracked 12 runs off Lyon’s second over, including a six over long off which only cleared the outstretched hands of Pat Cummins by a fraction.

Two overs later, he fell victim to his finger-spinning rival for the sixth time from seven innings when his ill-timed cut shot was picked off by a diving Shaun Marsh at short extra cover.

England skipper Root was guarded on Saturday when asked whether Moeen would be an automatic inclusion at the SCG.

“Moeen’s a fine player,” Root said.”He’s obviously had a tough tour until now. But he’s going to do some great things for England in the future and he has done in the past.

“We’ve seen a number of guys respond well to a difficult few weeks on this tour already and there’s no reason why Moeen can’t come back from that.”

Moeen Ali likely to be dropped for Sydney Test