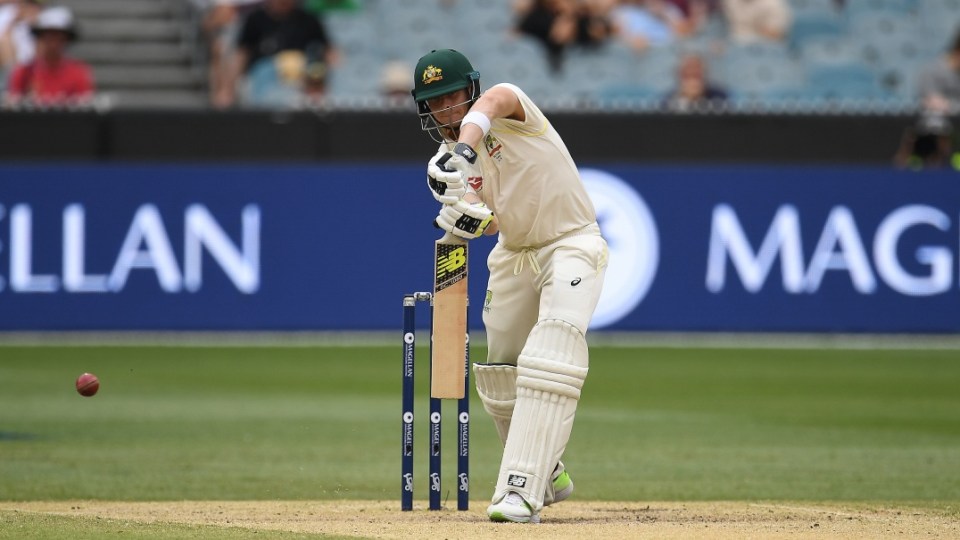 Australia has solidified its position and made a draw the most likely outcome in the fourth Ashes Test after a safety-first approach saw the home side with eight wickets still in the bank at the end of a rain-shortened day four at the MCG.

There was controversy in the first session, as umpires Sundaram Ravi and Kumar Dharmasena spoke to England skipper Joe Root after a throw from Stuart Broad in the field bounced short of wicketkeeper Jonny Bairstow.

A few overs later Bancroft brought up the 50 partnership with a leg-side clip for four, but the following ball English quick Chris Woakes finally broke through, getting Bancroft to drag the ball onto his off-stump.

Usman Khawaja was next in, and batted fairly defensively until Moeen Ali was brought on. In the spinner’s first over, Khawaja danced down the wicket and cracked him over long-off for six, followed by a cover drive for four two balls later.

Ali’s spell lasted just the one over, with Broad back on, but it was Anderson who made the next breakthrough, drawing enough movement off the seam to get Khawaja (11) to nick to the keeper, making it 2-65.

The home side was 2-70 at lunch, with Smith and Warner together.

Australia maintained a fairly cautious approach in the second session, with Warner in particular playing at a very unfamiliar scoring rate of 29 runs off his first 100 balls.

The lights were coming on with dark clouds overhead, and eventually a rain shower stopped play with Australia on 2-86.

Play resumed half an hour later. Following the rain delay, England’s bowlers pinned the Australians down again, with no runs coming off more than five overs after the resumption.

Finally, a back-foot shot from Smith broke the drought with a single off Curran, and then Warner swung across the line to deposit the same bowler to the boundary.

The Australians trickled a few more runs, with a glorious cover drive from Smith off Woakes for four, but seven overs after the players’ return, the umpires called a halt again with rain falling at the MCG and the home side on 2-103.

At first it looked like a temporary delay, but the rain got heavier and with a series of heavy showers looming on the radar, the umpires put an end to the day’s play at 5.17pm (AEDT).

Warner and Smith’s hard-fought partnership had reached 38 runs off nearly 23 overs. From the Australian perspective, time had been taken off the clock, and the lack of further wickets had made it harder for England to secure victory in the Test.

Barring a collapse, or some imaginative batting on day five, a draw seems the most likely outcome.