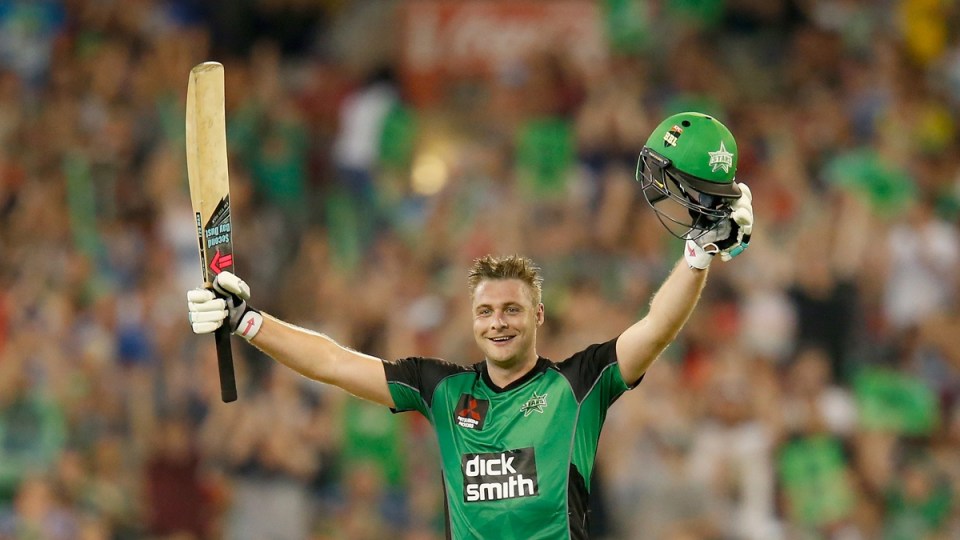 Luke Wright has been a star performer for the Melbourne Stars for many years. Photo: Getty

They travel the world. Stay in first-class hotels. Chase the sun. Play in front of huge crowds. And get big bucks for just a few weeks of work.

The life of a ‘freelance’ Twenty20 cricketer sounds amazing from the outside.

As cricket’s shortest format grows in popularity every year, so do the number of players who try their hand at the sport’s equivalent of freelance work.

Luke Wright is the perfect example.

The former England international, who plays for the Melbourne Stars in our Big Bash League, has spent the last four years plying his trade as a T20 specialist in England, the Caribbean, India and Australia.

His 2017 has included a season with English county side Sussex, from March until September, then some time off in October before a stint in the Bangladesh Premier League.

After that, he went home for three whole days, before flying out to Australia for the Big Bash, and when that is done, he gets a fortnight off.

Then it’s time to fly to Dubai for the Pakistan Super League, which ends just as Sussex’s pre-season begins.

“It’s an amazing experience,” he told The New Daily.

“To travel all around the world, play in different teams and learn off different players … it’s amazing.

“Often with franchise cricket, you start with a new group of lads every time, which I’ve done in a lot of other competitions.

“The nice thing about the Stars is this is my seventh year, and you get used to having the same friends and teammates which makes it easier.”

Johan Botha, who played Test and limited overs cricket for South Africa, used to do what Wright does, following the T20 circuit around the world.

The 35-year-old has scaled his commitments back though, mainly focusing on the Sixers now.

And he said that playing T20 cricket in places like India and Bangladesh can be quite challenging and tedious, citing the lack of escape as taxing.

“Once you’re in the Subcontinent, it’s just hotels and cricket grounds,” he says.

“There’s no release where you can go and play golf, go to the movies and do other stuff.

“So that five or six weeks in the Subcontinent [during a tournament], it does start to feel a little long because people want a little bit of you every day, getting in your space – they want photos and autographs all the time.

“Sometimes, you have a bad game, or you just want a day to yourself, then the guys go to their room and don’t come out for the day.”

Botha and Wright both say time away from friends and family is the most challenging part of the ‘freelance life’.

Wright now has three kids, so has significantly scaled back his time travelling lately, focusing on England, Australia and short tournaments.

“The downside is time away from friends and family,” he said.

“We wouldn’t change it – I’m certainly not complaining about the time away because that’s our choice.

“With the Big Bash, my family can only come out for a certain amount of time because of school commitments back home. The families have to make a huge sacrifice as well. It’s different for me with the Big Bash – I know people so well.”

There is also huge pressure on overseas players to perform.

Most leagues cap international players in teams. For instance, in the Big Bash, only two can play for each side in a match, only increasing the expectation.

“Every time you go to a new franchise, it’s almost like your first day at school I suppose, trying to make new friends,” Wright said.

“And you’re out there on your own, almost like a gun for hire. You’re purely expected just to go in and score runs or take wickets, or whatever you’re there for.

“You really have to know your own game and try to fine-tune yourself. In a way, you’re own your own there, with your own training a little bit – for your batting and fitness.

“You’re really left to your own devices to get it right.”

It’s not all hardship and hotels, though.

T20 freelancers get the opportunity to learn from other players, coaches and grow their skills.

“You’re constantly learning about your own game, and other people’s games, which really helps,” Wright said.

“One of the biggest positives is the friends and the travel’s amazing, but purely from a cricket point of view, I think it is what you learn off other guys – watching them prepare and how different people go about their games. It’s been huge for me.”

The financial rewards are good but Botha said they are not as great as they are made out to be.

There is a small group of elite T20 players – like Brendon McCullum, Chris Gayle and Shane Watson, for example – who earn premium contracts. But Botha says most don’t fall into this category.

“People see these guys get picked up for a million dollars in the IPL (Indian Premier League), but they don’t realise that half of it goes to tax straight away, and every game you don’t play, a portion gets taken off,” he says.

“And at the end of it, if your team doesn’t make the top four, another 20 per cent gets taken off.

“People think cricketers make so much, but there are only a select few who get picked up for those amounts and play on the regular circuit.

“Those are the few guys who get that sort of payment. But other guys do what they can and take what they can.”

A T20 career is a world far removed from when Wright and Botha began their international careers in the mid-2000’s.

“Looking back when it first came out in England, the senior players in the first year saw it as sort of a joke competition,” Wright said.

“But it wasn’t long before the crowds were there watching, and the older guys wanted to be a part of it.”

Botha also remembered his first experience of T20 cricket in 2005.

“It used to be just like a warm up to the tour, to get a decent crowd in and get the guys to hit some long balls and put the bowlers under some serious pressure,” he says.

“But with the tournaments around the world, it’s changed and become a great product.”

‘You’re a gun for hire’: Inside the life of a freelance T20 cricketer