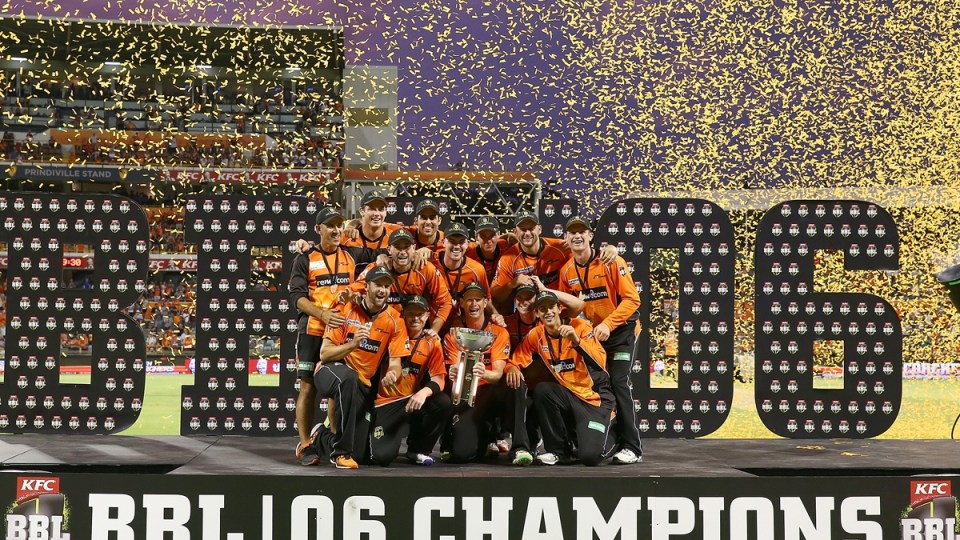 For the first time, the Big Bash League has grown.

Not with new teams, but more matches, up from 35 to 43, as Cricket Australia takes a softly-softly approach to expanding its summer cash cow, which begins its seventh season on Tuesday when the Sydney Thunder hosts the Sydney Sixers.

The BBL is now a staple of the Australian summer – and an extraordinarily popular one at that.

It averaged more than one million television viewers per match last season and crowds of over 30,000 (making it the fifth-best attended sports league in the world), meaning new teams and more expansion is inevitable.

Finch and Bravo are joined by experienced trio Brad Hogg, Cameron White and Brad Hodge at the Melbourne Renegades, one of the competition favourites.

“It’s one of our strongest ever squads,” Renegades batsman Tom Cooper told The New Daily.

“We’ve strengthened all the key areas and blokes on our bench will be playing in most other teams.

“I’m very excited. It’s an unbelievable competition and we just need to do a bit better in our close games and it will go a long way.”

When asked about other teams that will pose a strong challenge to the Renegades, Cooper unsurprisingly opts for defending champions Perth Scorchers and the Brisbane Heat, who, with big-hitting batsmen McCullum and Chris Lynn can “chase down anything”.

The pair, dubbed ‘The Bash Brothers’, are ready to go and teammate Alex Ross is excited.

“I’ve often got the best seat in the house, at the other end, when they are on song. I can’t wait,” he told The New Daily.

“They both love this form of the game. We’re going to play positive, aggressive cricket again.

“It’s a great time of year in Australian cricket, with the Ashes and the Big Bash.”

Media expert Dr Sam Duncan said it is “absolutely amazing” the competition is so popular, given its age, but said that it was an incredibly appealing product.

“It is a product built to entertain. It is short, sharp, there’s a lot of flashpoints so kids love it, it appeals to female audiences more and it’s on every night over the holiday period,” he told The New Daily.

“That it’s so popular says a lot about our consumer habits. We like to be stimulated and entertained.

“And Network 10 have nailed it in terms of the broadcast. The tone is appropriate for the product as it is so relaxed and entertaining.”