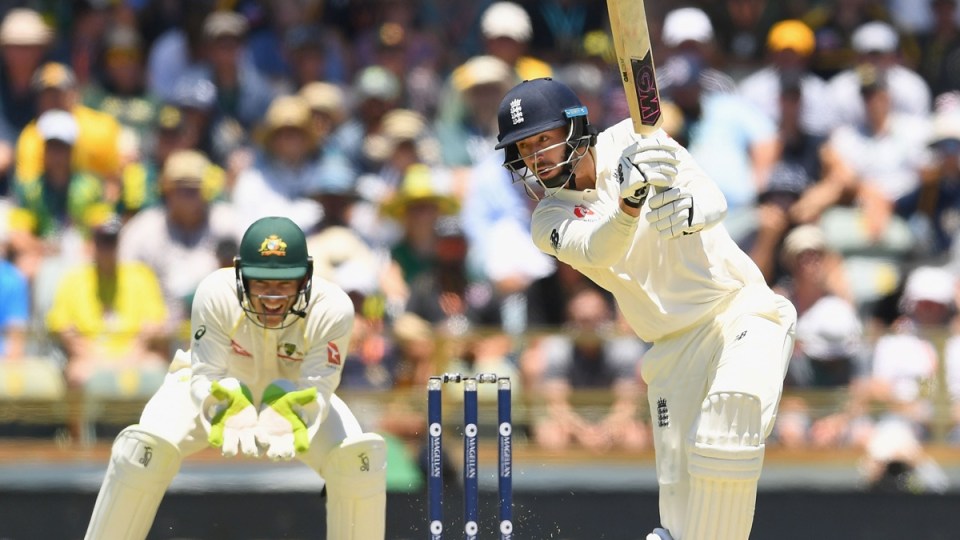 Honours are even after an exciting first session. Photo: Getty

The International Cricket Council (ICC) has launched an investigation into alleged attempts of spot-fixing in the third Ashes Test, which began in Perth on Thursday afternoon (AEST).

But the opening session was overshadowed by an explosive report in England’s The Sun newspaper which alleged that two bookmakers offered to sell information about fixed periods of play, which could be bet on.

The news triggered a massive reaction, and former Australian Test bowler Gavin Robertson said he was not sure cricket was a “clean” sport given the money on offer for players to co-operate in spot-fixing or match-fixing.

However, ex-Australian player Mike Hussey told Fox Sports News he would be “very surprised” if the Ashes spot-allegations proved to be true.

The ICC initially responded to the reports by saying “these are serious allegations and of grave concern”.

“We welcome The Sun’s offer to share the information they have so we can instigate a full investigation and, where appropriate, involve law enforcement agencies, and this process is already under way,” they said.

But a later statement from the ICC’s general manager of anti-corruption Alex Marshall said: “We have now received all materials relating to The Sun investigation.

“We take the allegations extremely seriously, and they will be investigated by the ICC Anti-Corruption Unit working with anti-corruption colleagues from Member countries.

“From my initial assessment of the material, there is no evidence, either from The Sun or via our own intelligence, to suggest the current Test match has been corrupted.

“At this stage of the investigation, there is no indication that any players in this Test have been in contact with the alleged fixers.

“The allegations are wide-ranging and relate to various forms [of] cricket in several countries, including T20 tournaments. We will look closely at all the information as part of our investigation.”

In The Sun report, which featured a video, information on spot fixing is heard to be worth around $200,000.

Two Indian fixers are identified in the report, allegedly working with an Australian partner known as ‘The Silent Man’, while leaked footage showed them discussing match fixing in the Big Bash League Twenty20 competition.

The fixers boasted a former Australian player and an Australian cricket administrator passed on information that they could sell for spot fixes.

Cricket Australia CEO James Sutherland was heartened by Marshall’s findings and said he had “full confidence” in his players.

“We have absolute confidence in our players, our team officials and others involved in the game to say there is nothing to suggest based on what we’ve heard from Alex Marshall and other understandings we have, other intelligence we have, to have any suspicions about our players,” Sutherland said.

“There’s no substance to these allegations or justification to suspect that this Test match or indeed the Ashes series as a whole is suspect to corrupt activities.”

In the first session on day one at the WACA – the last Ashes Test to be played at the venue – England made a fast start, taking 21 runs from the first four overs.

Stoneman and James Vince (25) added 63 for the second wicket and looked good until, on the stroke of lunch, the latter was caught behind off the bowling of the excellent Hazlewood.

England captain Joe Root was unbeaten on one at the break.