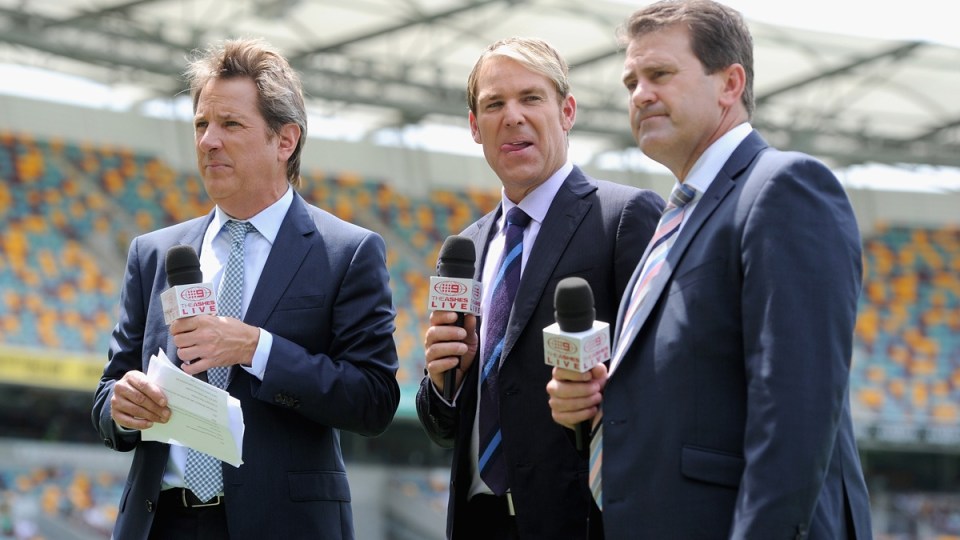 Channel Seven are set to sign a new contract on Friday to secure the network's first coverage of the home international summer. Photo: Getty

Channel Nine’s refusal to pay a multimillion-dollar fee to have the final bid in cricket’s TV rights war means the way we consume cricket could change forever.

Nine used its ‘last say deal’ to outbid the Ten Network for the cricket rights to home Test matches, one-day internationals and Twenty20 fixtures at the last minute just four years ago.

And without the option, Nine, who will see its current deal expire next year, is just like everyone else: back in the field.

The news is good for Cricket Australia ahead of what is sure to be an interesting negotiation process.

Whoever wins the next broadcasting rights will probably want everything – all the international cricket and the lucrative and rapidly growing Big Bash League (BBL) – to market themselves as the true ‘home of cricket’.

But can our free-to-air networks afford that?

It has never been more difficult to make a buck in television.

Network Ten has been battling for years. Last year, the Seven Network posted a $745 million loss.

That led Seven West Media CEO Tim Worner to warn that the battle for sports rights may well have reached a “tipping point” where free-to-air broadcasters may not be able to afford to bid any higher.

Nine, the home of Australian cricket for 40 years, reportedly likes the idea of owning all things cricket.

But keep in mind the network already pays around $625 million to the NRL to broadcast its product and was reportedly losing $30-40 million a year from televising Australia’s summer of cricket, according to financial analysts UBS.

UBS urged Nine to either acquire “more cricket at no additional cost” or “to step away from the cricket contract” earlier this year.

Nine paid Cricket Australia (CA) $500 million in the last rights deal but was caught napping by Ten’s move for the BBL.

At $20 million a year, Ten’s five-year rights deal for the BBL – an immensely popular and nightly prime-time product – is considered an absolute steal within the industry.

That figure will rise dramatically when Ten’s deal ends at the conclusion of the upcoming season but the network’s financial muscle is unclear, despite the recently completed CBS buyout.

The reality is the financial issues of our major free-to-air networks may bring Foxtel – or a digital streamer – into the equation.

The rights to Test matches, one-day internationals and Twenty20s played in Australia are on the anti-siphoning list, meaning they can’t be exclusively shown on pay television.

But what could work – and what is becoming more likely by the day – may well be a mix of free-to-air television, subscription and digital organisations.

Nine may buy the rights to everything and then on-sell a portion of BBL matches to Foxtel, for example.

In a week of eight BBL games, three could be on Nine with Foxtel broadcasting the rest, and all games might be streamed live via Optus, while even international fixtures could be split.

This type of broadcast deal has been integral in reaping record deals for the AFL and NRL in recent years.

And importantly, it satisfies older viewers who expect to watch live sport on TV for free while also training us that subscription television and digital streaming – not free-to-air – may well be the way of the future.

Foxtel has made no secret of the fact it would like a piece of the action and for it, premium sport has never been more important.

It is likely to go hard for the BBL in some shape or form, given it drew an average audience of 1.04 million for Ten last year.

Don’t rule out involvement from Optus – which has the exclusive English Premier League streaming rights in Australia and is partners with CA – or Facebook, either.

Facebook placed a losing bid of $A754 million for the Indian Premier League at the last round of negotiations and would love to add premium sport to its business model.

Soon, digital and social organisations will be seen as legitimate streamers of Australian sport.

And it may happen sooner than we think.

The Ashes: The Nine Network move that could change cricket forever