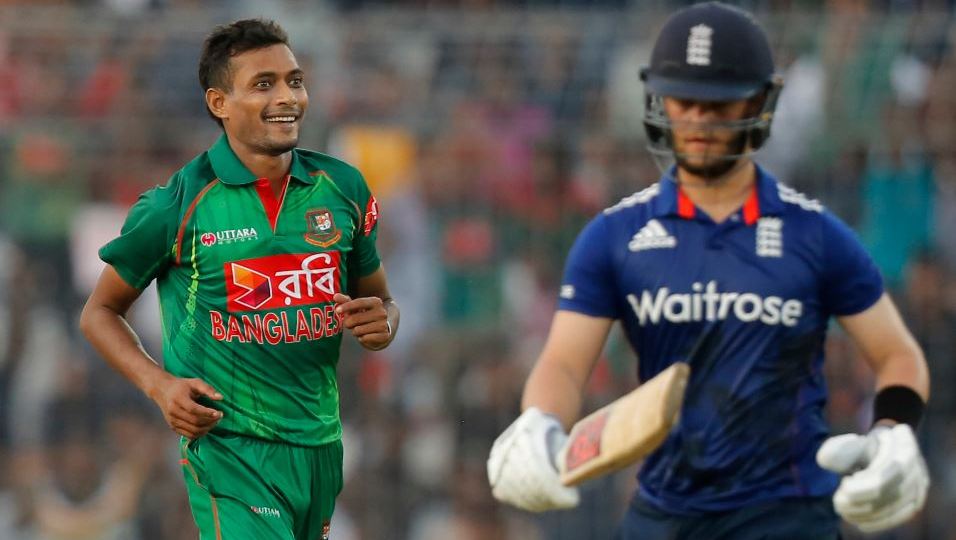 Perhaps it was the memory of his dismissal by Bangladesh's Shafiul Islam in October that drove Ben Duckett to linger late into the night at a warm and friendly bar. AP/A.M. Ahad

England’s Ashes campaign has been rocked by another booze-related incident as it prepares for the Third Test in Perth, with Ben Duckett stood down from their tour game in Perth.

Duckett isn’t part of England’s Test squad but he was among a handful of England A players set to feature in the two-day fixture alongside Moeen Ali.

But the batsman, who has played four Tests and three ODIs, was out drinking on Thursday night. The 23-year-old has been suspended pending investigation and faces a disciplinary hearing.

It’s understood the episode occurred at a Perth bar between Thursday night and Friday morning. Police were not involved.

Test squad a fortnight ago.

That curfew resulted from a revelation Jonny Bairstow headbutted Cameron Bancroft in a Perth bar during the touring party’s first night on tour.

“When you are in the spotlight like this you can understand why that is said about a team like this,” Bayliss said after the first Test, when asked about England’s alleged boozy team culture.

“Most people like going out and having a couple of quiet ones but we have got to be careful that we don’t do anything stupid.

“They would be extra dumb and stupid if they didn’t (learn after Bairstow’s misdeed), that’s for sure.

“That’s what I thought after Bristol as well.”

Ben Stokes’ brawl outside a Bristol nightclub ensured the squad was put on notice even before they departed England.

Duckett was out with Test players and teammates from England’s A squad, who are also touring Australia. It is unclear at this stage whether any other players will be disciplined.

Duckett is likely to discover the outcome of his hearing within 24 hours.