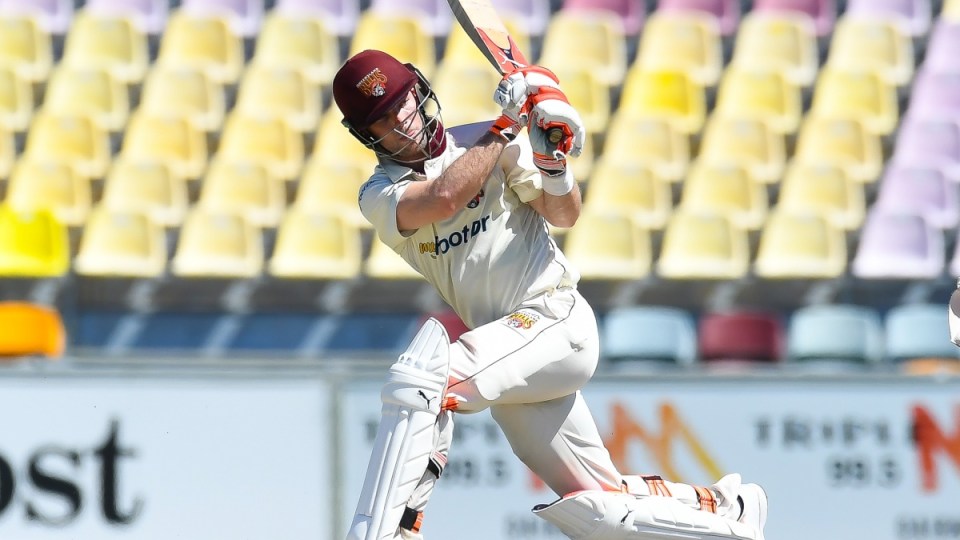 Jimmy Peirson of Queensland plays a shot during day three of the Sheffield Shield match against South Australia. Photo: AAP

A maiden double century from Joe Burns has given fresh life to Queensland’s hopes in its Sheffield Shield match against South Australia in Cairns.

Burns carved out a magnificent career-best 202 not out as the Bulls fought back in unlikely fashion on day three.

Queensland were able to declare their innings at 5-389, a deficit of 96 runs.

At the close South Australia had reached 2-59 setting up a potentially thrilling final day in a match which seemed out of Queensland’s reach at the midway point.

Queensland recommenced at 4-123 looking at a potentially massive first-innings deficit, however Burns and Jack Wildermuth (56) began to rebuild by adding 104 for the fifth wicket.

Young captain Jimmy Peirson continued the fightback with a steady knock of 82 not out and contributing to an unbroken 186-run stand for the sixth wicket.

Burns upped the ante after passing 150 eventually hitting 15 fours and four sixes to surpass his previous highest first-class score of 170.