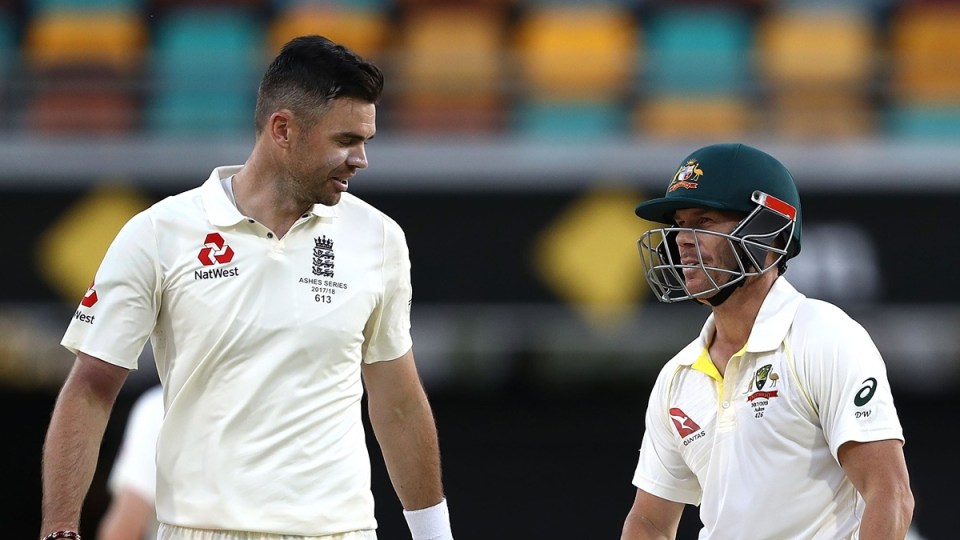 England star Jimmy Anderson has labelled Australia’s cricket team “bullies” for their behaviour during and after the first Ashes Test at the Gabba.

His view was shared by England captain Joe Root, who ramped up the ill-feeling when he spoke of how Australia had given his side extra motivation for the second Test, which begins in Adelaide on Saturday.

Anderson said the way that issue was dealt with by the Aussies – which included Bancroft’s amusing explanation of Bairstow’s “really weird” behaviour – was “infuriating” and has given them more motivation.

“We do not have a hugely vocal team in the field,” he wrote in The Telegraph.

“We knew that before we came out here so we really want to focus on out-playing them, looking them in the eye and giving them absolutely nothing.

“If we were not determined to win the last Test then we certainly are now.

“A bully waits until they are in the ascendancy to pounce on people. That is what Australian teams do.

“They are quiet when they are not on top which was the case for the first three days of the Brisbane Test and then on day four they came alive. It is down to us to cope with that and deal with it.”

Anderson said Australian players were sledging England players about Bairstow close to the pitch on purpose and that he would not take a backward step if he was targeted by Steve Smith’s side.

“It was a deliberate ploy to say things close to the stump mics so it would be picked up by the media. We knew what they were up to,” he said.

“That is fine, we just leave them to it. We are not interested in getting involved in any verbal battle or slanging match with them … [but] dealing with sledging is an individual thing.

“For me, I am not going to take abuse from David Warner or anyone else and not have a word back. But it is down to the person.”

“I think their line and our line are slightly different things, let’s leave it at that,” Root said.

“To see a reaction like that in a press conference is … I mean if that can’t get you up for the next game then I don’t know what can.

“If that’s not motivation to the players, I don’t know what is. Hopefully that will work massively in our favour.

“I wouldn’t say we’re angry … it’s more about how [we] respond to it and make sure we do it in our way and not get dragged in to doing it in their way.

“It’s not how we roll. It’s not how we operate as a team. I think it is very important we continue to play this tour in the manner that we have gone about it so far and that we don’t get involved in petty disputes and arguments that are nothing to do with cricket.”