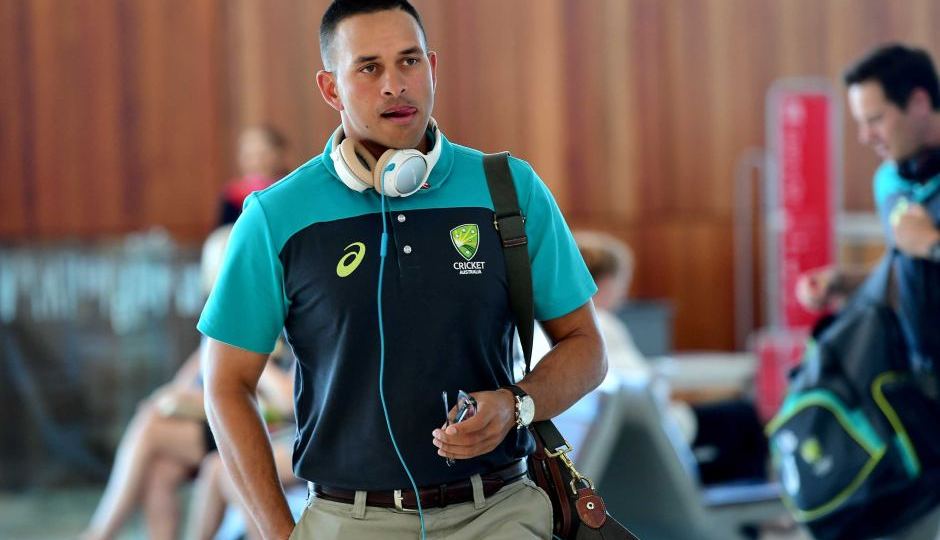 Usman Khawaja's batting will be under scrutiny when the second Test begins in Adelaide. Photo: AAP

Australian batsman Usman Khawaja says he is not bothered by his poor record against spin bowling.

Khawaja fell to English spinner Moeen Ali for just 11 in the Ashes opener in Brisbane, continuing his rough patch against slow bowlers.

He did not need to bat in the second innings given the successful chase of 170 by openers David Warner and Cameron Bancroft.

The left-handed Khawaja has been dismissed by spin bowlers in 17 of his 43 Test knocks and was dropped from the Test side on subcontinent tours earlier this year.

But the reinstated first-drop is unfazed by that record as Australia prepares for the second Test against England, which starts on Saturday in Adelaide.

“It doesn’t really bother me too much. But I have a pretty simple game plan: watch the ball and hit it.

“I don’t think there’s anything too drastic I have to worry about.”

Khawaja does not expect England to rush Ali into their bowling attack when he comes to the crease in Adelaide after his failure in Brisbane.

“The Gabba was turning a fair bit, which was a bit weird for the Gabba,” he said.

“The wicket was still pretty soft and we did the exact same thing to them with Lyno (Nathan Lyon).

“It depends on the conditions. In Australia, you’re most likely to get out to, especially in a pink-ball game, a lot of the quicks.

“Spin plays an important role and there’s one good spinner in both sides.”

Khawaja’s team-mate Nathan Lyon says he expects a brazen counter-attack from the tourists in Adelaide.

“We respect the English, we know they’re going to come back bigger and better and stronger … it’s not going to be a walk in the park,” Lyon told reporters on Wednesday.

The tourists have enacted a curfew after Jonny Bairstow’s headbutt of new Australian opener Cameron Bancroft and remain uncertain if allrounder Ben Stokes will join the squad.

But Lyon, who refused to comment on either Bairstow or Stokes, said it would be folly to write off the Englishmen.

“One of the dangerous little periods is when teams are far down or in turmoil if you want to call it that – I don’t think they are,” Lyon said.

“If you don’t respect a team, that’s when they can come back and bite you.

“We have just got to go out there and prepare the way the Australian team prepares and make sure come day one of this Test match, we’re firing and hopefully carrying on from where we left off in Brissy.

“We can’t sit on our hands and just think it’s going to happen again.”

The Ashes: Usman Khawaja not fussed about spin issues ahead of second Test