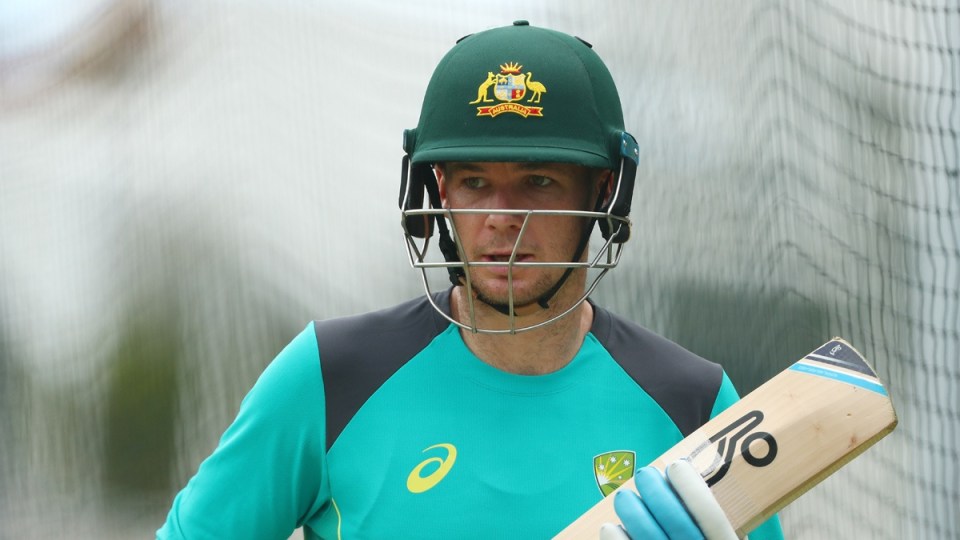 When you’re an international cricketer about to play in the Ashes, everyone wants a piece of you. Even Usain Bolt.

As part of a recent Gatorade promotion, Australian batsman Peter Handscomb got the chance to spend time with arguably the greatest athlete of all time.

In the middle of the MCG, cricket tragic Bolt probed Handscomb with questions in exchange for the Jamaican’s running tips.

“It was pretty unbelievable,” Handscomb told The New Daily on the eve of the first Ashes Test at the Gabba.

“He just had this aura about him. He is the fastest man in history and it was great for him to teach us some of the tricks of the trade to help us between the wickets.

“He was talking to us about the importance of power and was working with us to get out of the crease nice and low when turning on our twos and threes.

“Speed between the wickets is crucial and every little inch counts in helping us get the edge over the English this summer.”

England’s visit comes at an important stage in Handscomb’s career and provides the Victorian with a chance to establish himself as a fixture in Australia’s top order.

In 10 Tests so far, the 26-year-old has hit two centuries and averages 53.07 with the bat – no mean feat given six of those matches came on the sub-continent earlier this year.

In one of those, Handscomb pushed himself to the brink of exhaustion, scoring an excellent 82 on a difficult Chittagong pitch in extreme temperatures.

It was an innings that those who saw it won’t forget, and it is that sort of form that has Handscomb confident of a big summer – even if he has passed 50 just once in six Sheffield Shield hits this season.

“My movement feels good and my balance is good.

“We’ve had a couple of really good training sessions here [in Brisbane] so I’m feeling good coming into the summer.”

For an Australian cricketer, playing in an Ashes series at home is as good as it gets and Handscomb, born to English parents, is buzzing with excitement.

“I’m very excited. When we put our arms around each other for the national anthem and then the first ball – it’s going to be epic,” he said.

“They [parents] have been out in Australia for 35-40 years, so they’re Aussies now. But it has been funny – I have got a lot of family in England sending me messages.”

“He’s now got enough experience to thrive this summer,” Taylor, who will commentate the series for the Nine Network, told The New Daily.

“He has had a really good start to his career and interestingly, he is the only survivor from when Australia made some big changes last summer.

“Matt Renshaw has now been dropped and Nic Maddinson didn’t last long – but he is still there and deservedly so. He has played well.”

Taylor sees similarities in Handscomb and skipper Steve Smith, the two Aussie batsmen with a Test average north of 50.

“In a way he is like Steve Smith,” Taylor said.

“He doesn’t have the perfect technique, but what he does have is a technique that he makes runs with. And that’s most important.”

While Handscomb said he is “very confident” about Australia winning the Ashes, Taylor isn’t so sure.

“Australia should start favourites, but I don’t see a massive gulf in class,” he said.

“It’s hard to predict. Both sides have had inconsistent results and both have vulnerabilities.

“England’s [bowling] attack is pretty good – but playing at the Gabba is a real advantage for Australia.”

Much has been made of the pre-match sledging between both sides, something Taylor describes as “nonsense”.

“It means absolutely nothing come the first ball. But it generates pre-series hype and is all a bit of fun,” he said.

“I’m really looking forward to it!”