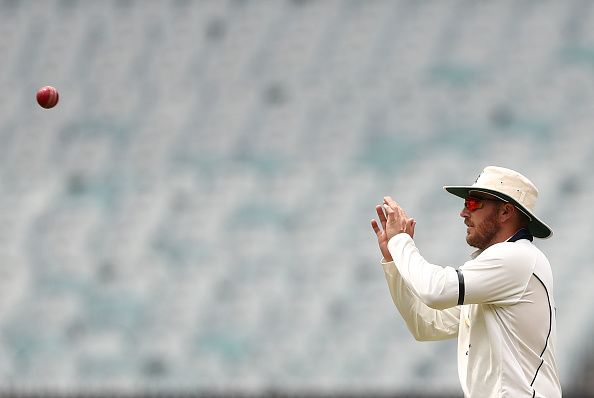 Aaron Finch of Victoria hopes to make an impression as stand in Victorian skipper. Photo: Getty

With skipper Peter Handscomb away on Ashes duties, Aaron Finch will take the reins as Victoria looks for its first Sheffield Shield win of the season.

The Bushrangers take on runaway ladder-leaders NSW in an important clash at North Sydney Oval starting on Friday.

Selectors made four changes to the squad as they look to kickstart Victoria’s faltering title defence.

Fawad Ahmed, Dan Christian and Sam Harper were dropped from the squad that fought out a draw with Tasmania last round, while Handscomb will take his place in Australia’s line-up for the first Test at the Gabba.

Young batsmen Matthew Short and Eamonn Vines have also been named in the squad after showing impressive form in recent weeks.

“It’s been a tough start to the season, however we’re going to NSW now with a fresh side that’s excited for what’s ahead,” Victoria chairman of selectors Andrew Lynch said.

“Aaron Finch has plenty of leadership experience and has impressed us with his development in the red-ball space in recent seasons and will captain the side well.

“It’s also fantastic to see Jon Holland back fit and available for selection, and he is as excited as anyone to get back out on the park and play some Sheffield Shield cricket.”