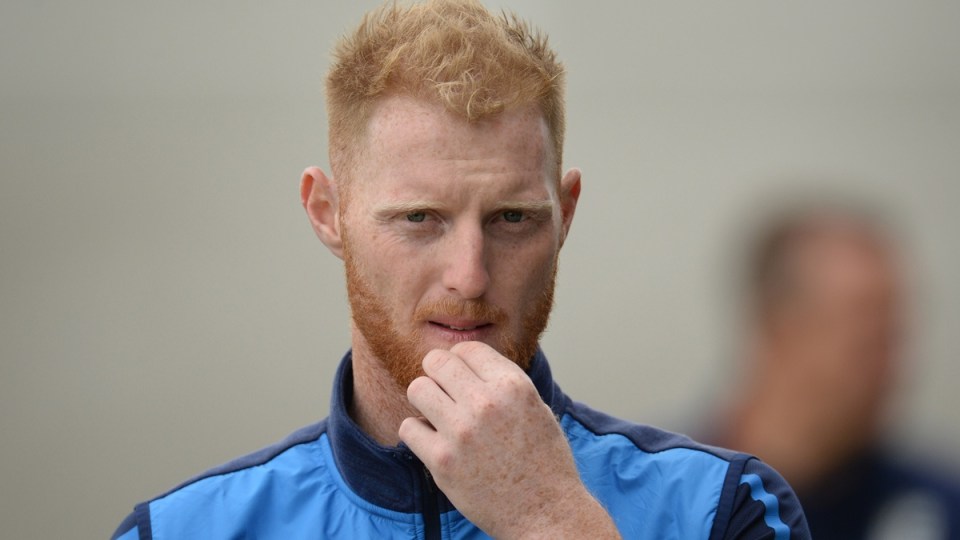 Ben Stokes will return to the UK for personal reasons. Photo: Getty

The absence of star all-rounder Ben Stokes means England are no chance of winning the Ashes, according to Australian legend Merv Hughes.

Stokes, 26, has been temporarily suspended by the England and Wales Cricket Board for his alleged involvement in a street brawl, which left a man with facial injuries and drew widespread condemnation after footage leaked online.

The matchwinner – England’s best player, according to Hughes – averages 35.72 with the bat in Test cricket and is no mug with the ball, having taken 95 wickets while bowling speeds of around 140 kilometres per hour.

That skill with bat and ball makes the absence of Stokes a “huge loss” for the visitors, Hughes said.

“He’s a fantastic cricketer. He bats in the top six – he’s one of their frontline bowlers,” he told The New Daily.

“He’s aggressive, he’s combative – without doubt he’s going to be a huge loss.

“He’s that role player for England who does what [retired star] Andrew Flintoff did.

“It allows England to have six genuine batsmen with a real bowling option [when he plays].

“It’s disappointing that he’s not here – but you can’t condone what he did.”

Stokes has continued to prepare for Test cricket, hopeful he will be cleared of all charges by police.

He is set to learn his fate this week, but even if things go his way, it seems unlikely Stokes would feature in either of the first two Tests.

England skipper Joe Root is bracing for the Aussies to use the Stokes incident as ammunition for sledging, expecting an “edge of psychological banter” this summer.

“Once you’ve played in a few, you sort of know what to expect and you know how it goes leading up to the games,” he said.

Hughes, who was renowned for his verbal barbs on the field, said the Australians would be wasting their time if they went down that path, though.

“It’s got nothing to do with anyone in the England team – it’s Ben Stokes,” he said.

“He’s been punished. He’s not here. I can’t see how or why the Australians would focus on that.”

England currently holds the Ashes, having beaten Australia 3-2 on home soil in 2015.

The last time the series was held in Australia, in 2013-14, Darren Lehmann’s men thrashed their old rival 5-0, and Hughes expects it will be a similar scoreline this time round.

“You always bank on a washout in Sydney. I’m predicting Australia to win 4-0,” he said.

The Australian selectors sprung a few surprises last week when announcing the squad for the opening Test at the Gabba, which starts on Thursday.

Veteran batsman Shaun Marsh was recalled for the eighth time in his Test career, while young opener Matthew Renshaw was dropped for the in-form Cameron Bancroft, who will debut in Brisbane, while Tim Paine was a shock selection as wicketkeeper.

“There were a few interesting selections,” Hughes, a former selector, said.

“I must admit I thought Renshaw would have played. Bancroft has been in ripping form, and the selectors did say they were going to reward people for what they did in Shield cricket, so he got his reward.”

Hughes also backed Marsh’s recall, despite it attracting plenty of criticism, and said that the West Australian could even open the batting.

“Marsh I can understand. He’s been a good player for a long time,” he said.

“Just when he’s on the verge of ripping it apart, he gets injured. You can understand his inclusion.

“Whether Marsh opens and Bancroft bats down the order or vice versa … they’ve got options.”

Author Salman Rushdie stabbed in the neck by masked assailant on stage
Melbourne society icon Lillian Frank dead at 92
Foreign Minister Penny Wong vows to keep working to free Aussie journo Cheng Lei from Chinese jail
Cameron Smith and fellow Aussies in the thick of it at PGA’s Memphis tournament
Taiwan thanks US for maintaining regional security in the face of Beijing’s bullying
Ex-Liberal staffer: Survivors weren’t asked about their ordeals in NSW parliament
Consolation for England with Twenty20 Ashes win in Canberra
Today's Stories

The Ashes: Merv Hughes on the one reason why England can’t win