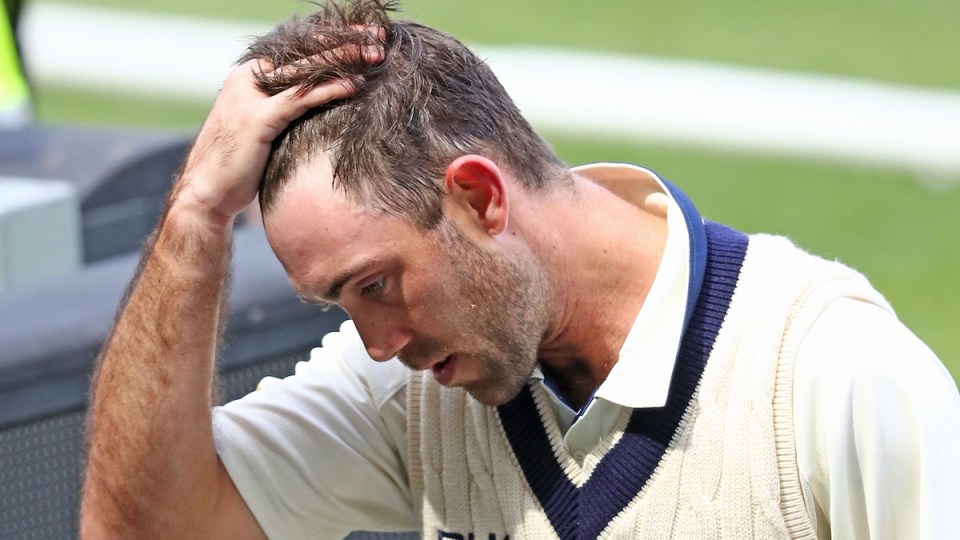 Maxwell has never played a Test in Australia. Photo: Getty

In that period, he made his maiden Test century, scoring a splendid 104 in India, while he also hit the winning runs in Bangladesh in September.

But Maxwell – who has played all seven of his Tests on the sub-continent – was dumped from Australia’s set-up when a 13-man squad was named for the first two Ashes Tests on Friday.

While Maxwell’s axing, despite some good Sheffield Shield form for Victoria, came as a bit of a surprise, curiously his name was entirely left out of a Cricket Australia media release on the squad.

That was despite comments from national selector Trevor Hohns being provided on Matthew Wade and Matthew Renshaw, who were also dropped.

“I don’t know where Glenn Maxwell’s at,” he said on SEN Radio.

“I think he’s been harshly done by here. I thought he should’ve held his spot.”

Maxwell will be replaced at No.6 in the Australian batting order by Shaun Marsh, a player who, at 34, is five years his senior.

O’Donnell said it was the wrong move.

“I put a lot of future in any selection of a sporting team … Maxwell [or] Marsh, I’m going to go with Maxwell,” he said.

“I think the message that has just gone through now is ‘mate, you’re going to have to go back and establish all over again’. I don’t know why.”

Maxwell hit 60 and 64 for Victoria against South Australia earlier this month, before making four and 45 not out against Tasmania.

Former Australia batsman Marcus North took to Twitter to express his surprise at the Maxwell axing.

No comment from selectors re dumping of @Gmaxi_32
Played last 4 tests Australia played including a maiden test 100! 😒 https://t.co/yaMXlCvAzK

“All teams need match winners and make no mistake, ‘Maxi’ is one of those … he makes things happen in all facets of the game,” Warne wrote in the Herald Sun.

“The big occasions bring out the best in this type of player and the selectors have to show faith in his talent.”