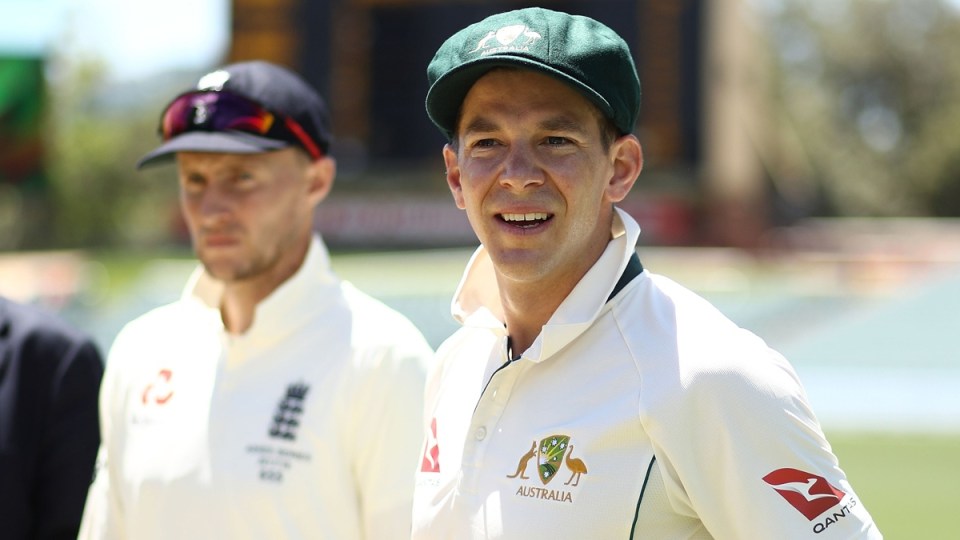 Australia has sensationally picked wicket-keeper Tim Paine – who played his last Test in 2010 – and debutant Cameron Bancroft in a 13-man squad for the first two Ashes Tests.

Batsman Shaun Marsh won yet another recall, too, as Australia selectors rolled the dice ahead of next week’s first Test at the ‘Gabba.

Opener Matt Renshaw was dumped as a result of Bancroft’s inclusion, while wicket-keeper Matthew Wade and all-rounder Glenn Maxwell were left out as well. All three were not even included in the squad.

He was not even in the state’s Sheffield Shield team earlier this year but hit form at the right time, impressing for a Cricket Australia XI against England before making 71 not out against Victoria at the MCG this week.

Paine is widely regarded as the best wicket-keeper in the country but even with regular options Matthew Wade and Peter Nevill struggling for form, his selection still came from left-field – largely due to his struggles with the bat.

Paine – who has represented Australia in all three international forms of the game – has not made a first-class hundred since 2006.

“Tim was identified as an international player a long time ago and has always been renowned as a very good gloveman, also performing well for us whenever he has represented Australia in any format,” national selector Trevor Hohns said.

“His batting form in recent outings for the Cricket Australia XI and Tasmania has been good.”

Captain Steve Smith added that Paine “has a great knowledge of the game, a great presence on the field and is an excellent gloveman.”

Bancroft, who turns 25 on Sunday, is also in form, hitting a sparkling 228 not out in a Shield match against South Australia this week.

An Australia representative at Twenty20 and Under-19 level, Bancroft, long identified as a batsman of the future due to his temperament at the crease, also impressed against Australia’s best bowlers when facing New South Wales earlier this month.

Scores of 76 not out and 86 against an attack featuring Mitchell Starc, Josh Hazlewood, Pat Cummins and Nathan Lyon rocketed Bancroft into contention before his double-century made his case too hard to ignore.

“He has thoroughly earned and deserves his call-up following some outstanding performances in the early rounds of the JLT Sheffield Shield competition this season.”

Marsh’s selection was justified by Hohns, who said he was “playing very well at the moment”, a comment he could not attribute to dumped opener Renshaw.

The 21-year-old, who combined well with David Warner at the top of the order last season, had not scored over 20 in six Shield innings this season.

“We still view Matthew as a player of immense talent, but he is out of form at the moment and we don’t feel an Ashes Test match is the best place for him to find form,” Hohns said.

On Renshaw, Smith said that he “spoke to him last night.”

“For him, it’s about going back and scoring as many runs as he can.

“He’s an incredibly talented player with a big future for Australia.”

“Ashes selections … made by morons masquerading as mentors. Times up gents,” he wrote on Twitter.

Former Australia bowler Brett Geeves was typically forthright with his reaction, dubbing Marsh’s selection – the eighth time he has been recalled – as “confusing and contradictory”, given the recent messages around Ed Cowan’s non-selection in New South Wales’ Shield team due to his age.

At 34, Marsh is just one year younger than Cowan, who has dominated Shield cricket in recent years.

Geeves, a former Tasmania team-mate of Paine, acknowledged the ‘keeper is excellent behind the stumps, but said that his batting has not been great.

“Most concerning is the fact that Tim has not made a first class hundred since 2006, which came by way of a double hundred, and has kept wicket in only three Shield games in the last two seasons,” he wrote in a Fox Sports column.

Matthew Wade had been preferred to Paine behind the stumps for Tasmania this season, given Wade was trying to keep his spot in the Test team.