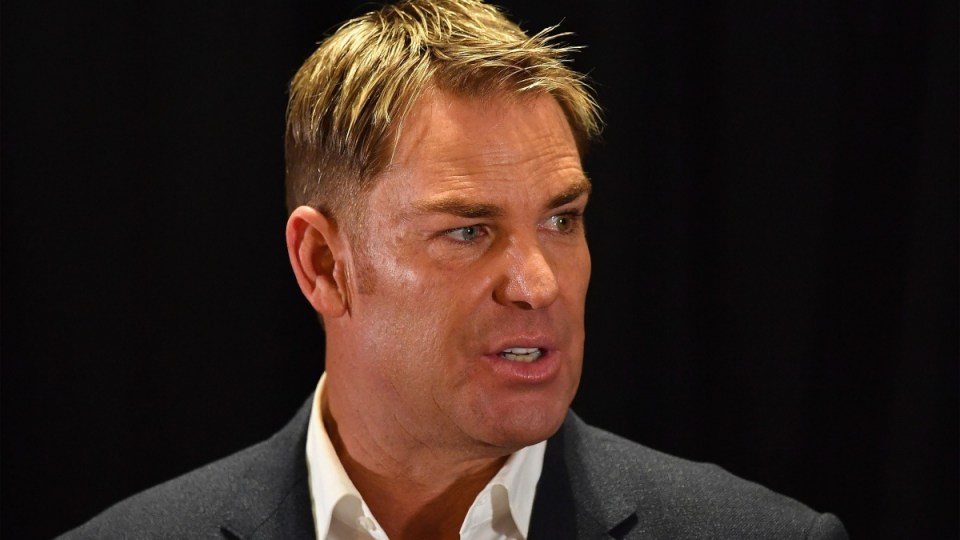 Shane Warne has been accused of hitting a woman at a London night club. Photo: Getty

Cricket legend Shane Warne said allegations he assaulted a British glamour model are false and that he has already been cleared by police.

Warne – who took 708 Test wickets for Australia – said he was stunned to read reports in the London press on Sunday concerning Valerie Fox and an alleged altercation at a nightclub.

“I was shocked to read the media stories circulating earlier today concerning a false allegation of assault,” the 48-year-old wrote on Twitter.

“I have fully co-operated with the police, and they have now had the opportunity of seeing CCTV and speaking to witnesses.

“The Police have confirmed to me that I have been cleared of the allegation and that no further action will be taken.

“This is now the end of the matter. Thanks for all the kind messages of support.”

Fox, a glamour model and adult film star, posted a picture of herself on Twitter which read: “Proud of yourself? Hitting a woman. You vile creature.”

She did not name or mention Warne in the Tweets, but added: “Absolutely traumatised by tonight’s events, being a victim of assault is horrible and I thank the UK Metro Police for their help and support.

“And no, I’m not lying. Just because you’re famous doesn’t mean you can hit women and get away with it.”

Witnesses claimed to have watched as Warne and Ms Fox got into a row on Friday night. It ended in Ms Fox falling to the floor clutching her bruised face, The Sun reported.

Proud of yourself? Hitting a woman? Vile creature. pic.twitter.com/RRnn3Ycfjp

Warne had reportedly been pictured at the club on the same night.

London Metropolitan Police confirmed on Sunday evening (AEST) to The New Daily that detectives were investigating an alleged assault at a nightclub on Hertford Street in Westminster during the early of hours of September 23 (local time).

They added that their investigation had come to a close.

“A 48-year-old man attended a central London police station where he was interviewed under caution in connection with the incident,” a spokesman said.

“He has since been released with no further action to be taken.”

Earlier this year, Fox claimed that UK politician Nigel Farage had groped her on a plane as she flew home to London from the US.

According to the model, he later invited her to his luxury flat in central London.

She said: “There was a lot of kissing and groping. It was very sexy.”

However, Farage denied the claims.

“I’ve never heard the name Valerie Fox in my life. No, I haven’t. Seriously.”