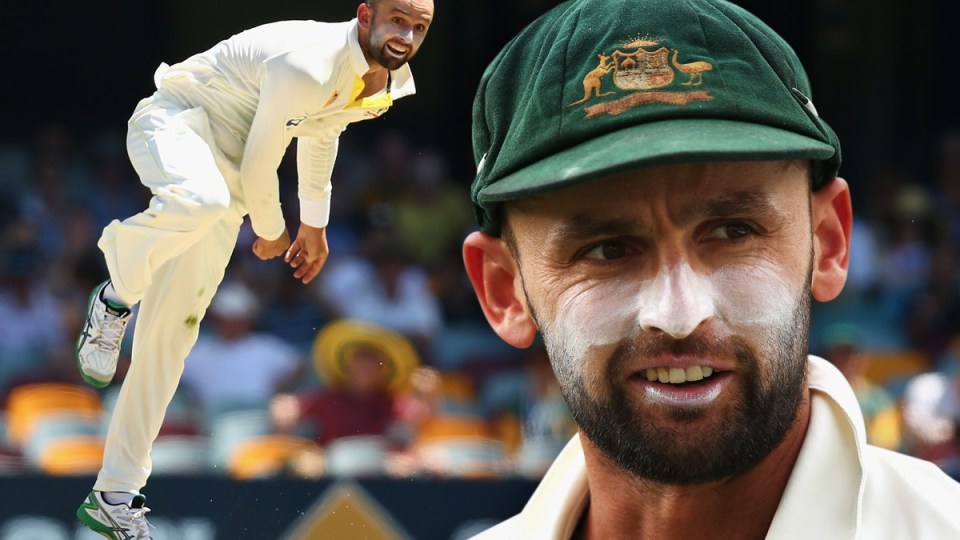 Lyon made history in Bangladesh this week. Photo: Getty
analysis

The harsh South Australian sun beamed down on the nets behind the Adelaide Oval’s West Stand.

Australia’s cricketers were preparing meticulously for the second Ashes Test of the 2010-11 season, facing their teammates and a range of ‘net bowlers’ – a cricket term for talented locals and ring-ins who bowl at full throttle for the benefit of batsmen.

Net bowlers are like extras in a film; helping out in a thankless task that usually leads to nothing other than a good story.

But on this occasion, a wiry and lean off-spinner – also a member of the Adelaide Oval’s ground staff – caught the eye with his loop, variations and, most notably, bounce.

Australia flirted with a succession of spinners in the post Shane Warne-era but liked what they saw in Nathan Lyon – and only nine months later the gangly tweaker, originally from country New South Wales, was our 421st Test cricketer.

He proved he had the temperament to go with his talent, too, snaring a five-wicket haul in the Sri Lankan coastal city of Galle. It was a sign of things to come.

In his 67 Tests since, he has added a further nine ‘five-fors’ in a terrific career that has yielded 256 wickets and seen him become a cult figure in Australian cricket.

Lyon’s story is not conventional, but it is inspirational, with Andrew Dawson – the high performance manager for the ACT Comets – vividly recalling the first time he saw him bowl, in 2006.

“His brother [Brendon] was part of the under-19 setup with the Comets and asked me to take a look at his younger brother the next time he was in town,” Dawson told The New Daily.

“So I did – he was a pretty handy off-spinner that could bat a bit.”

Lyon’s attitude also made an impression on Dawson, who knew of a vacancy at Canberra’s Manuka Oval as an apprentice groundsman.

“He was a cricket nut and a bloke that loved the outdoors so I endorsed him for the role,” he added.

“We said to Nathan: ‘This is perfect for you. It will allow you to move to Canberra with a job and you can continue to play cricket through our youth system’.”

But after completing his Canberra apprenticeship, he was left to bide his time.

A ‘sliding doors’ moment arrived in September 2010, though, when the Adelaide Oval went looking for a new member of their ground staff.

Lyon got the job and his life would never be the same again.

“I was told the guy rolling the pitch was a decent off-spinner, so I told him to turn the roller off and have a bowl with us,” Berry told The New Daily.

“He was really shy and almost sheepish.”

It took just five deliveries from Lyon to convince Berry that the ‘man on the roller’ posed some serious talent.

“I told him ‘I want to pick this kid in our T20 team and said trust me on it, he is the best off-spinner I’ve seen since Tim May’,” he said.

“Off-spin can be boring to watch because most of them just undercut the ball, but Lyon had that loop and dip. It was exciting to watch.”

Berry’s wish was granted and Lyon starred in the Big Bash, taking 11 wickets and helping South Australia win the title.

Those performances not only raised his profile, but won him an Australia ‘A’ call-up, and before too long Lyon was joining the likes of Ricky Ponting, Michael Hussey and Mitchell Johnson in Sri Lanka.

“He was really shy and a bit daunted,” Hussey told The New Daily.

“He couldn’t believe he was part of the team. But we had a buddy system and I was paired up with Nathan.

“That helped him fit into the environment and I got to know him quite well.”

Lyon’s bright start fizzled out, though, and after 65 wickets in 20 Tests, he was dropped for the first time in 2013.

He returned quickly, but lasted only three more Tests before being dumped again, a decision that would have broken many a player.

Critics of Lyon said he couldn’t do what Warne did: bowl Australia to Test victories.

“The criticism thrown at him is unfair. Warne had set a benchmark and I’m sure Nathan found that really challenging.”

Hussey was always convinced that Lyon would thrive in the Test arena, though, even during his setbacks.

“He gets that sharp bounce from a good length,” he said.

“It’s difficult to judge whether to come forward or hang back. He is good at deceiving the batsmen through the air and off the track.

“I have spoken to modern day spinners, like [Ravi] Ashwin and [Graeme] Swann and they rate Lyon extremely highly.”

Hussey was so confident in Lyon that in 2013, he handed over the duty of leading the team song, ‘Under the Southern Cross’, to the offie because he “plays the game for the right reasons.”

“Looking around the dressing room, I felt Nathan had all the right attributes,” he said.

“And I felt he was going to have a good career of him.”

Hussey was spot on.

It was a figure that stood as the benchmark for more than a century.

And the scalps have kept coming for Lyon, who was feted by Australian crowds throughout last summer.

“He is a shy guy but deep down he likes to be loved,” Hussey said.

“With all the crowd adulation – he will be chuffed by it all.”

Lyon is only 29, too, meaning he is every chance to not only take 300 Test wickets, but pass a series of cricketing icons on the way.

Dennis Lillee’s mark of 355 scalps is even within reach.

Passing that would see Lyon only trail the legendary pairing of Glenn McGrath and Shane Warne.

It would be quite the feat for a man who started as a curator.

Nathan Lyon: The Aussie off-spinner’s amazing rise to the top