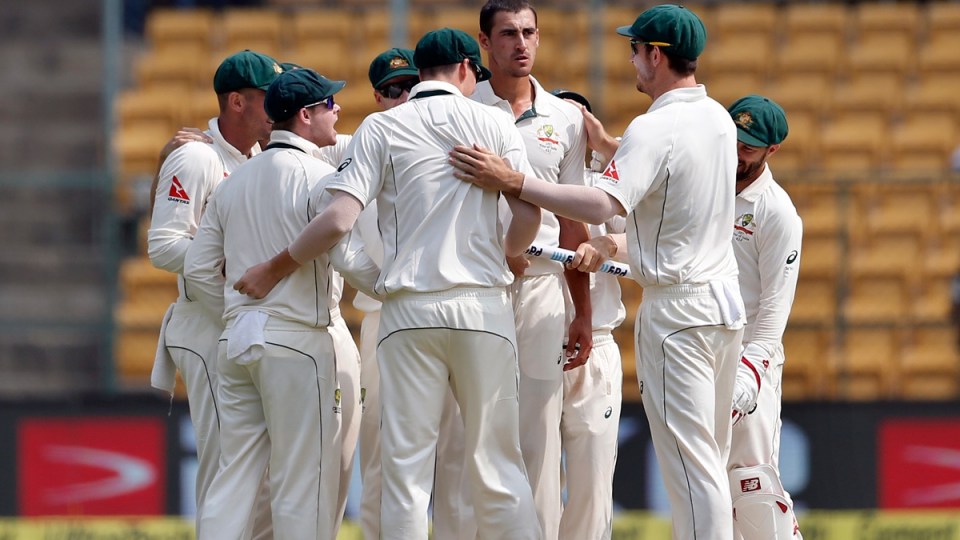 Relationships between Indian and Australian players might be frayed but one thing is clear: the bond with the touring players and India itself is the strongest it has ever been.

Ever since the start of the Indian Premier League, in 2008, many top Australian players like Steve Smith, David Warner and Mitchell Starc have spent up to two months a year on the sub-continent playing and training for sides in the Twenty20 competition.

That is experience that ex-Australian opener Simon Katich believes is invaluable – and a key reason why Smith’s men have acquitted themselves so well in India this time around.

Widely tipped to lose the four-Test series 4-0, Australia won the series opener easily in Pune and controlled large parts of the second Test only to slump to a 75-run defeat in Bangalore.

“The biggest help is that [when here for the IPL] they are practicing in Indian conditions,” Katich told The New Daily from Bangalore.

“Yes, the Test pitches are totally different but during IPL training sessions, you do get a chance to practice on used wickets. And there are times when they train on spinning wickets.

“The fact that they are getting an opportunity to train with these Indian players in their own conditions so regularly, to be able to pick their brains and talk to them and ask them to get better in these conditions is enhancing their games.

“They are the advantages of the IPL … it is just a fantastic opportunity for the young players to learn about the game.”

A prime example of what Katich is talking about is Peter Handscomb, who, despite being released by the Rising Pune Supergiants after the 2016 edition of the IPL, recently spoke about how much he learnt in that spell.

Handscomb made particularly mention of how Pune teammate – and India batsman – Ajinkya Rahane improved his batting to spin bowling.

In last year’s Indian Premier League, 24 Aussies were contracted, including seven of the squad currently on the sub-continent, and while that number has dropped to 22 in 2017, it remains high given just eight sides play in the competition.

Katich says the increased knowledge of pitches and Indian conditions within the Australian dressing room has been evident in the two Tests seen so far.

“Another thing is getting to and playing at the stadiums,” he said.

“Getting to know what the wicket is like [helps too] – I know it’s different, T20 to Test pitches.

“But at least you are there and experiencing what it looks like from a viewing point. It makes such a difference.”

India can be a demanding place for a cricketer – both on and off the field.

Katich knows – he played for Kings XI Punjab in the inaugural IPL season and is now the assistant coach of the Kolkata Knight Riders, while he also represented Australia in India.

And he insists that the IPL experience also benefits cricketers in their downtime when they return to India.

“You can’t be focused on the cricket all the time for over seven weeks – you need that ability to unwind in India,” he said.

“Having been here during the IPL, it helps the guys because they know where to go and have a nice meal or go to shop.

“That’s important because most places you can go, it can be daunting, as you tend to be mobbed since the people just adore you over here.

“It’s crucial to find that space in India as it gives them a bit of normality, which is so hard to find in India.”

The reason Australia are playing better cricket in India