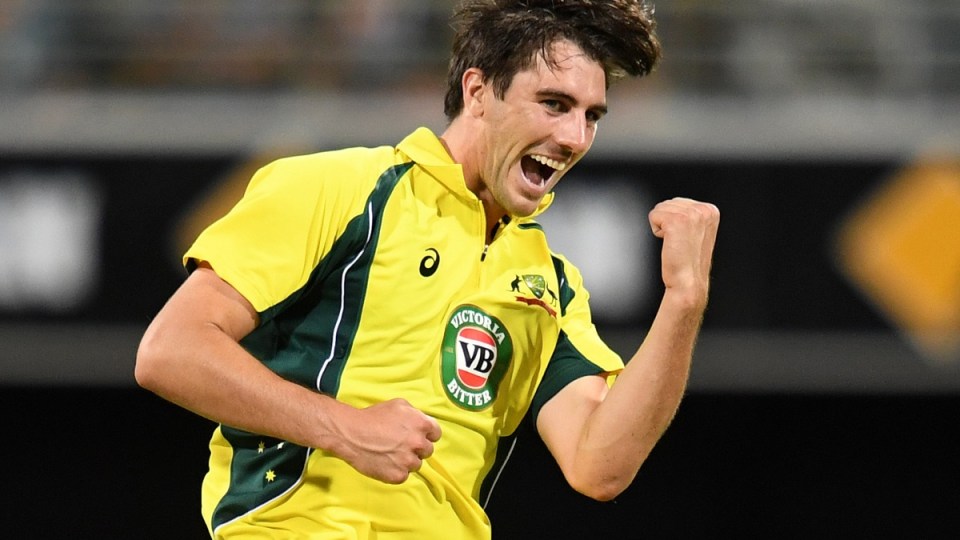 Pat Cummins is poised to play his first Sheffield Shield cricket match for NSW in almost six years and is daring to dream about playing in next summer’s Ashes series.

In his last Shield outing – the 2011 final – the Penrith speedster bowled more than 65 overs, including 48 in the first innings, but he won’t have the same workload against SA at the SCG on Tuesday.

Cummins has enjoyed an injury-free campaign this season, playing in all of Australia’s T20 and ODI games, and also turned out for Sydney Thunder in the BBL, NSW in the Matador Cup and played Futures and Sydney club cricket.

No restrictions have been placed on him for his Shield return.

The 23-year-old is keen to add to his sole Test appearance in Johannesburg in November 2011, when he was named man-of-the-match following a six-wicket second innings haul against South Africa.

“There’s the Ashes which is a goal for probably everyone playing Shield cricket this year at the moment,” he said.

“I think for me getting back into first-class cricket was the No.1 goal for the year and I’m absolutely pumped to be back.

“I think if I get through these games then hopefully next year I can start off the year just like any other cricketer.”

He said having the chance to play a Test alongside fellow NSW pacemen and Australia’s current new-ball spearheads Mitchell Starc and Josh Hazlewood would be special.

His last game was a T20 match for Australia back on February 22.

“Probably given the extra week that we waited after the T20s has just given me a chance to prepare for the game once I got back in the frame for playing Shield cricket,” Cummins said.

“I just wanted to go in (this week’s match) with no restrictions and not have to think about my body really, so all good.”

Cummins says he is happy with his form this summer.

“I feel like I’m a lot more consistent now than I probably was a couple of years ago, and I think that’s put down to a few things,” Cummins said.

“I think having a long pre-season, I was able to just work on quite a consistent rhythm and tempo rather than trying to bowl 180kms every ball.

“I think the beauty of red ball cricket is the ball normally swings out here (at the SCG),” he said.

“After some rain hopefully it might seam around a little bit so actually bowling within yourself that five or 10 per cent can actually provide some better results.

“Pace is one tool a bowler uses, but it’s not the be-all and end-all.”

– In South Africa: Two, one Test and one for Australia A (August 2013) *In England: Two against county teams, last one August 2015