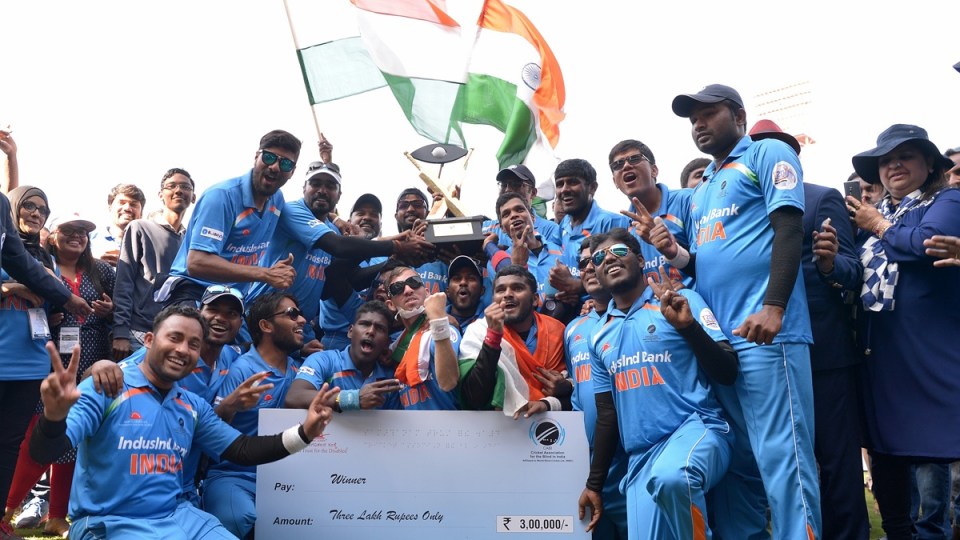 There’s one over left and Australia’s batsmen, who know they are close, patiently wait for the announcement.

It sounds trivial but, in the Blind Cricket World Cup, regular score announcements are crucial components of the game. Both Australian batsmen have impaired vision and can’t see the scoreboard.

Batsman Lindsay Heaven has 15 degrees of peripheral vision but, at the other end, Brendan Spencer is completely blind – meaning he is then told about the field set for him.

Any runs scored by a completely blind player [B1] are doubled, and Australia need a big final over to beat Bangladesh in the pool match, with Spencer on strike.

With only the information about the field and the noise of the ball to help, Spencer struggles, failing to score a run. Eight come from the final over, including a wicket, but it isn’t enough. 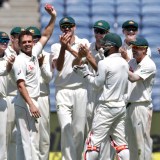 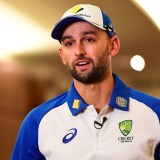 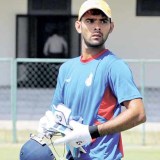 ‘I decided to go for the kill’: Batsman’s incredible T20 innings

“In such a tight situation you have to weigh up the options,” Australian captain Heaven told The New Daily.

“You want the B1 player on strike because his runs are doubled – but he might find it harder than, say a B3 player [five to 10 per cent vision] to find the ropes.”

In blind cricket, each side must select four players who are completely blind, with the other slots filled by B2 [maximum five per cent vision] and B3 players.

It should mean the Twenty20 matches are low scoring, but they are anything but, with team totals of 250 the theme of the recently completed tournament, in which Australia just missed a semi-final spot.

Test batsman Usman Khawaja told The New Daily he was stunned by the high scores in the matches – especially after hearing the boundary sizes are still close to 50 yards.

But Heaven explained why big totals are so common, saying: “Very few people know about blind cricket and the unique challenges we face in the game.

“Field placements are often difficult to set because I have to know where to place the four B1 players so they can still have impact but not get exposed.

“I will have the B3 guys patrolling the boundary because some of those guys suffer from a condition called tunnel vision, which means they only have 10 degrees of peripheral vision but they can throw accurately in direction of the keeper or bowler.

“If a bowler concedes 10 runs an over, then on most occasions I am quite satisfied.”

B1 players must bowl 40 per cent of the allocated overs, and David Saxberg, one of Australia’s players in that category, says the wicketkeeper’s help is vital when bowling.

“You need to be able to filter out all the noise and just concentrate on the wicketkeeper’s voice for the directional call,” he said.

“He is the one that directs me where to bowl. If he shifts across to the off-side slightly, I need to respond by adjusting the angle of my arm at point of delivery.”

As for batting, Blind Cricket is no different to the traditional form of the game in the way players have adapted and become more aggressive.

Aussie Stephen Palmer, who is a B3 player, says the reverse sweep is one of the game’s most popular shots.

“Since the ball is plastic, it doesn’t bounce as much,” he explained.

“The most effective shot is the sweep – we practice it a lot. And now the reverse sweep has become equally effective in our game.”

India beat Pakistan by nine wickets in last month’s final at the same Bangalore ground Australia will play the second Test at.

The amazing story behind the Blind Cricket World Cup