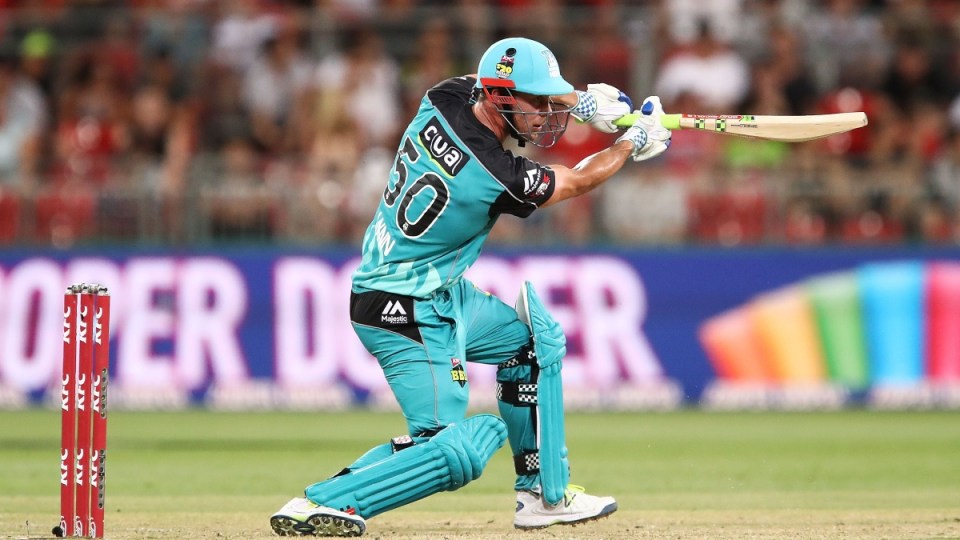 Chris Lynn has proven himself at T20 level and now gets a national ODI spot. Photo: Getty

Get excited, Australian cricket fans! ‘Lynnsanity’ is about to hit the international stage.

Chris Lynn, the 26-year-old T20 master blaster from Brisbane, will make his one-day debut in front of an adoring home crowd in Friday’s series-opening match against Pakistan.

Fans of the Big Bash League will know Lynn’s CV well. He has, after all, smashed 309 runs at an average of 154.50 in five games for the Brisbane Heat this summer. That includes a lazy 26 sixes.

Check out some of Lynn’s handiwork below:

Beast Mode activated by @lynny50 at #BBL06 What an innings!! A reminder of what this man is capable off! #Lynnsanity #CPL16 #SixMachine pic.twitter.com/HqbgPpMyom

Wow @lynny50 with this Monster of a six in the Big Bash! @BBL 😃👌 pic.twitter.com/XKqIQPU0OF

Now he gets a taste of international 50-over cricket for the first time, alongside fellow Queenslander, 204cm beanpole quick Billy Stanlake.

Australia captain Steve Smith said on Thursday that Lynn, who had injections earlier this week for a bulging disc in his neck, had been given the green light to play his natural game. 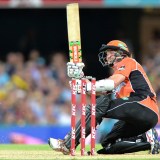 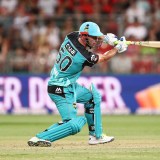 “He’s got a licence to play the way he wants to play,” Smith said ahead of the Gabba clash.

“But 50 overs is a long time so you’ve also got be a bit smarter with the way you play, but he’s got some freedom to go out and play nice and positively.

“He’s a big, strong fella and he hits the ball a long way.

“If it’s in his wheelhouse he might as well hit it for six. He does it pretty well here at the Gabba.

“He’s been in red-hot form and hopefully he can bring that to the international stage.

“I’ve watched him in the nets in the last couple of days and he’s hit the ball hard and well so hopefully he can do the same for us.”

He will play at No.4, with Travis Head named to open the batting alongside David Warner in the absence of dumped opener Aaron Finch.

All-rounder Glenn Maxwell is also back in for the first time since last June after missing the past 14 ODIs, but legspinner Adam Zampa and batsman Usman Khawaja have been left out of the side.

Giant paceman Stanlake, meanwhile, will become the tallest cricketer at 204cm to play for Australia, forming an imposing pace battery with Mitchell Starc and Pat Cummins.

The 22-year-old goes into the game against Pakistan with just 13 domestic matches across all formats under his belt but has impressed Smith and the Australian selectors.

He has taken six wickets at 17.83 in four matches for the Adelaide Strikers in the BBL this season.

“He’s tall, I think he’s going to be the tallest player to have played for Australia,” Smith said. “He should get bounce, he’s releasing the ball from high enough.

“I’ve watched him pretty closely in the Big Bash as well, he’s bowled some good spells there.

“He’s an exciting prospect so hopefully he can start well for us tomorrow.”