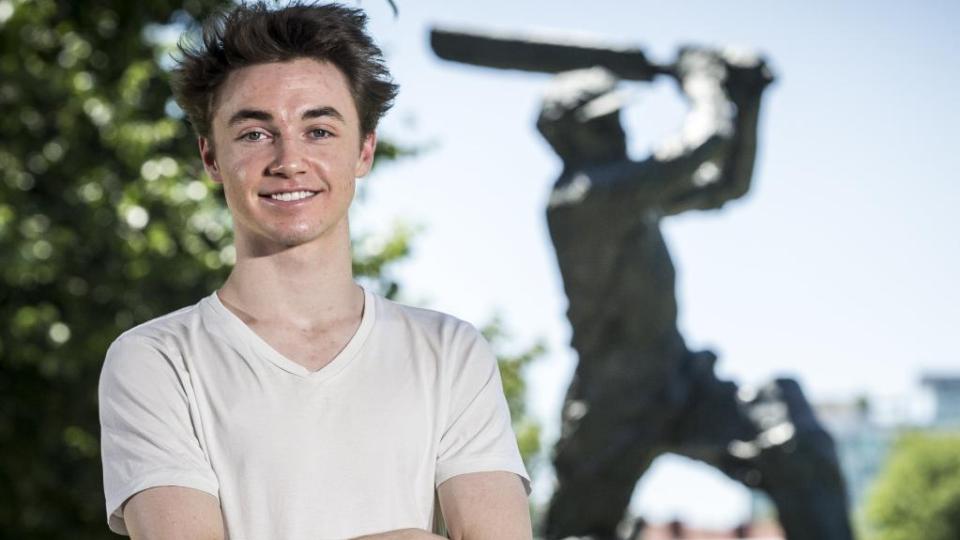 Nick Bradman was one of the state's best-performing year 12 students. Photo: Facebook/The Advertiser.

The grandson of Don Bradman has eclipsed the Australian cricket legend’s near-perfect batting average – only on a different wicket.

Adelaide student Nick Bradman, 18, graduated with one of the highest International Baccalaureate scores in the state – translating to the highest possible ATAR of 99.95.

By comparison, The Don’s famed batting average – now a question on the Australian citizenship test – was a slightly lower 99.94.

According to Adelaide’s Advertiser newspaper, the younger Bradman had not considered the significance when he received his impressive score.

“I hadn’t really thought about that, but it is funny,” he told the newspaper.

He said he thought Sir Donald would be proud of him.

Nick Bradman has only vague memories of his iconic grandfather, and has not felt the need to follow in his hallowed footsteps.

In fact, the excellent student eschewed cricket for tennis and soccer in primary school, and thinks cricket matches take too long.

He plans to travel around Europe and the US next year, before taking up a combined law/arts or law/economics degree, either in Melbourne or at home in Adelaide.