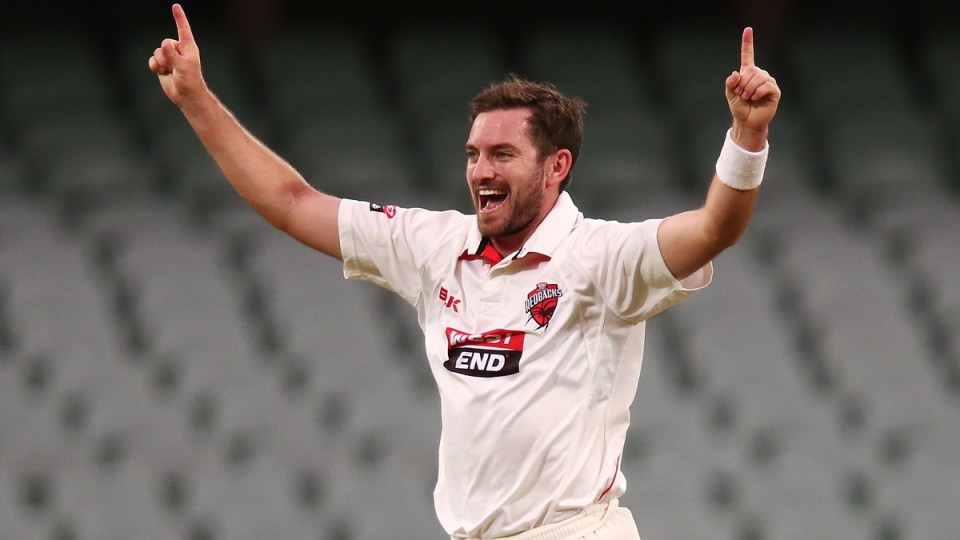 When Australia’s team for the first Test against Pakistan is named, it simply must include Chadd Sayers.

The South Australian seamer has a first-class record that demands selection, having taken 196 wickets at 24.15.

And in two pink-ball matches this summer, he took six wickets against Western Australia and eight against New South Wales.

Basically, he killed it and won his state matches of cricket. You can’t disregard that.

His non-inclusion in Adelaide seemed a bit silly to me, but this Test – also with the pink ball – on a green top at the Gabba looks perfect for him. 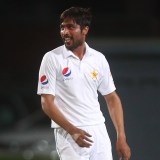 Mohammad Amir: The ex-prisoner out to destroy Australia’s cricketers 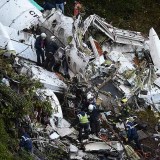 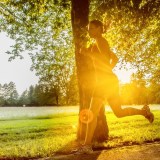 Beginner’s running guide: the things you should know before you jog

Sayers should have been taken to England in 2015 and this ‘horses for courses’ policy Australia says they have means that if they are fair dinkum, he plays.

Captain Steve Smith all but confirmed Jackson Bird will play on Wednesday.

Bird is a good option to have and will probably do alright.

But I think he should be played on the flatter surfaces, with Sayers the man on helpful decks.

However they juggle their team, Sayers must play – against a Pakistan team who I think will struggle.

If the series was a horse race, I reckon Pakistan should be a 30-1 shot.

They’ve got a great group of bowlers but I’m concerned with how their batsmen will go.

They are out of form – no Pakistan player has got a ton in their last three Tests.

The grass on the wicket in Brisbane and the pink ball could cause them huge problems, even if Younis Khan and Misbah-ul-Haq are superb on their day.

Now is the time to play them, and if leg-spinner Yasir Shah proves his fitness and plays the Gabba opener, the pitch will take him out of the game.

I do like their attack – it can be world-class at times with Mohammad Amir and Wahab Riaz leading the way.

Amir’s battle with David Warner will be fascinating and well worth travelling to Brisbane just to watch that.

He has caused another great left-handed opener, Alastair Cook, a lot of problems in the past and how Warner tries to combat him will make for great viewing.

Amir burst onto the scene and he looked like he could be one of the best swing bowlers of all time before his ban for spot-fixing.

He hasn’t been as good since he got back but he does often play on pitches that aren’t helpful for fast bowling.

I’m tipping this will be a breakout Test for him – and I hope the crowd give him a respectful reception.

He has done his time and was a young kid who was easily misled. Forget about that.

I hope Matt Renshaw hasn’t been reading the papers over the last week.

There’s been a lot of coverage about his strike rate but I think that if he wants to bat slowly, then he should bat bloody slowly.

With Warner, Usman Khawaja and Smith, Australia have some outstanding and aggressive batsmen.

What we probably need is someone to occupy the crease. I want him to bat time, again, in Brisbane.

If that means him playing it to mid-off for dot balls, so be it. Whatever he feels is his best policy.

His Test debut against South Africa was one of real quality. It looked like the start of a really promising career.

As for Nic Maddinson, he got a great ball in Adelaide.

Hopefully he gets the whole Test series to show what he can do but with India on the horizon, he needs runs.

If he can’t get them, the all-rounder – who gives us that fifth bowling option – is very hard to ignore and Mitchell Marsh will work his way back in.

Despite the fact I think Australia will win the series comfortably, I’m looking forward to it.

I’m totally with day-night cricket – it puts bums on seats and it’s great for the game.

Bring on the first ball.

Australia v Pakistan: The player the hosts ‘must pick’ for Gabba opener