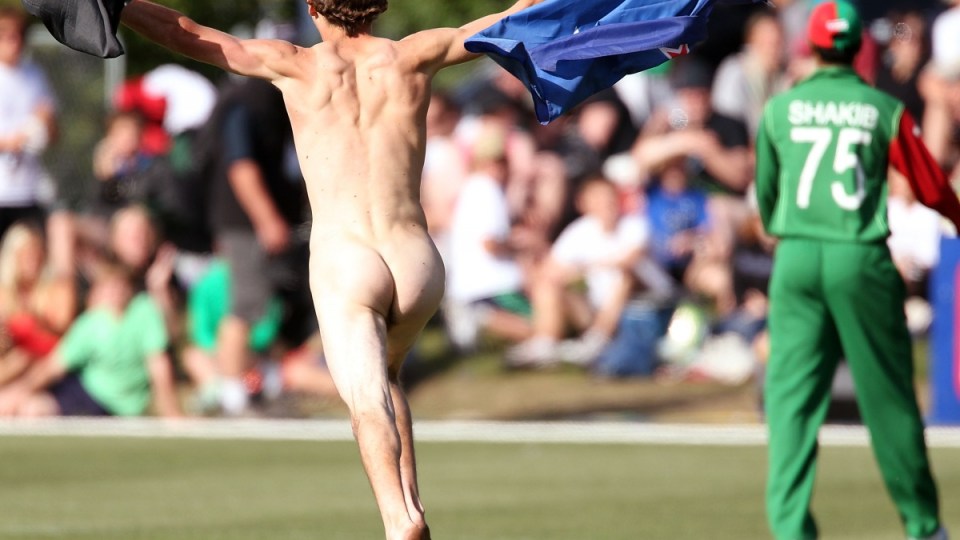 An Australian cricket fan who ran naked onto the field during the first Test match between Sri Lanka and Australia has been jailed for a week by a judge in Kandy, in Sri Lanka.

The man ran onto the covered field when play had been interrupted by rain during the opening day’s play on Tuesday.

After running around naked for a brief period, he put his clothes back on before leaving the field.

Police later arrested him and a judge ordered him to pay a fine of 3,000 rupees, or around AUD$26, and spend a week in jail.

The man’s name was not immediately available, but he was reported as being from Brisbane.

Public exposure is an offence under Sri Lankan law.