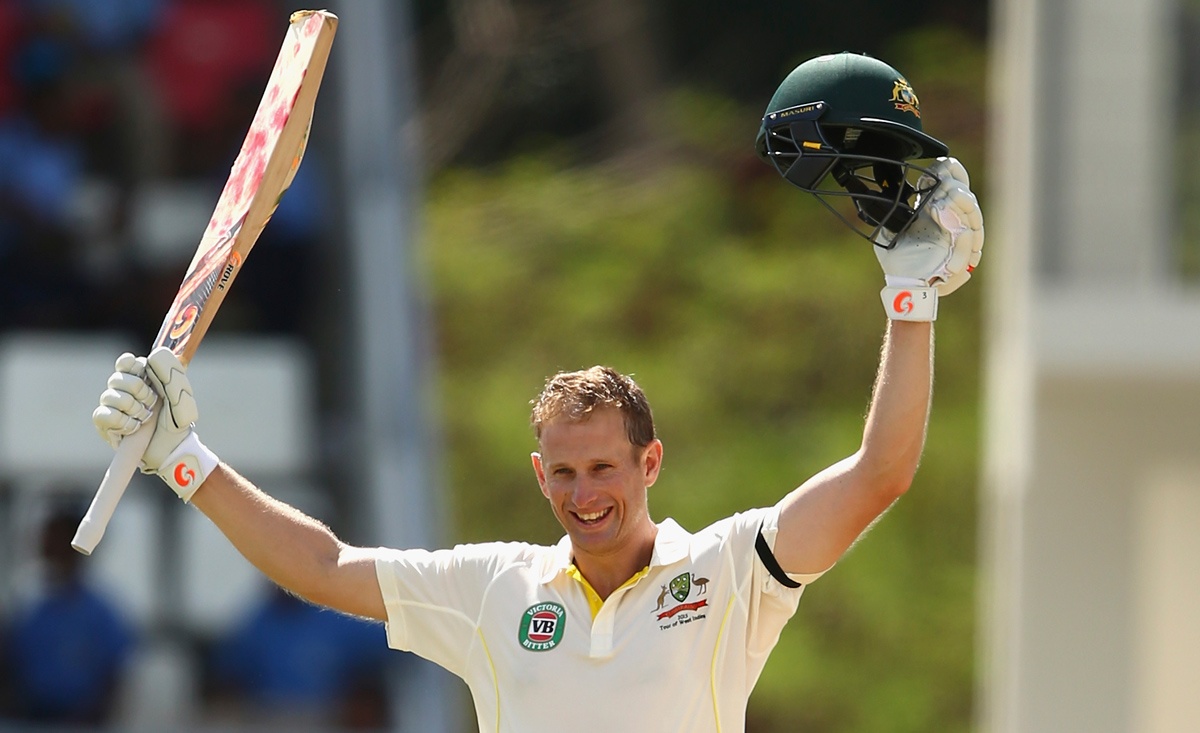 It’s the first thing that comes to mind when thinking about Adam Voges.

Just over a year has passed since Australia’s middle-aged, middle-order revelation scored his debut century in the West Indies. And what a year.

During his most recent Test at Christchurch in February, Voges became the only man in the history of the game to have clocked an average higher than Don Bradman’s previously incomparable 99.94 from 20 or more innings – the point where batting statistics are conventionally recognised in record books.

His number has dipped after being dismissed in that innings, but only just, and, after 15 Tests, is still a barely mortal 95.50.

Of course, those who reduce their arguments to averages alone rarely have much of a clue. And there’s no denying that Voges had a shocking run in the middle portion of last year’s Ashes (not on his own) and nearly lost his spot, and career.

But those numbers really are something, and the West Australian’s importance to his country’s middle order is beyond doubt.

Indeed, for a player who entered the Test arena at age 35, well beyond the time he sincerely thought it was going to happen, it is a powerful tale about the power of perseverance.

Voges spoke to The New Daily after his county assignment with Middlesex in England had ended and he quickly turned his attention to Australia’s next red ball assignment: a tour of Sri Lanka.

The first of three Tests in the nation starts on Tuesday.

In keeping with the theme – after five centuries since getting his baggy green, including a couple of doubles – he signed off his England stint with a big hundred that set up victory.

“I’ve been hitting them well without making a big contribution,” he said.

“To get a hundred in this game I will take a lot of confidence … I feel like I am in a good place.”

The tough challenge ahead

The Sri Lanka Tests are Australia’s first hit-out since they ascended to number one in the International Cricket Council’s rankings after a 2-0 victory in New Zealand.

Despite that elevation, the prevailing view is that winning away from home – not least in the subcontinent – is how Steve Smith’s side will be next assessed. Especially in India.

No one forgets that the last time Australia’s Test team toured in 2013 they were obliterated and whitewashed 4-0 by MS Dhoni’s charges.

Voges reinforces the focus on playing “much better cricket” away from home, saying that they relish the chance to test and better themselves on the subcontinent.

“I know (winning away from home) is something that Darren (Lehmann) and Steve (Smith) are really big on, so hopefully we can start well,” he said.

“Overseas touring in general, not just the subcontinent but everywhere, is something we feel we can improve.”

Australian batsmen have routinely struggled in the subcontinent.

Voges said he and his teammates need the patience and staying power to “keep the good balls out” for long periods to be successful. It’s evident that the Australian number five has plenty of both.

“You try and play the ball as straight as possible, hit it late when there’s reverse swing, and with the spin you try and be proactive,” he said.

An unintended consequence of away teams given the chance to bat first without a toss in the County Championship has incentivised the preparation of flat wickets across the country.

Voges concludes that the fact there hasn’t been a traditional English greentop in sight has been unexpected but “invaluable” for his Sri Lankan preparation.

“I certainly didn’t come over expecting to get spinning wickets and dry wickets. From a preparation point of view, it couldn’t have been better for me, to be honest,” he added.

That’s ominous. And for Sri Lanka, who have just been thrashed in England, the last thing they want to hear.

You would be bold to bet against the Voges story having some way to run yet.

Adam Collins is a cricket writer and broadcaster. @collinsadam