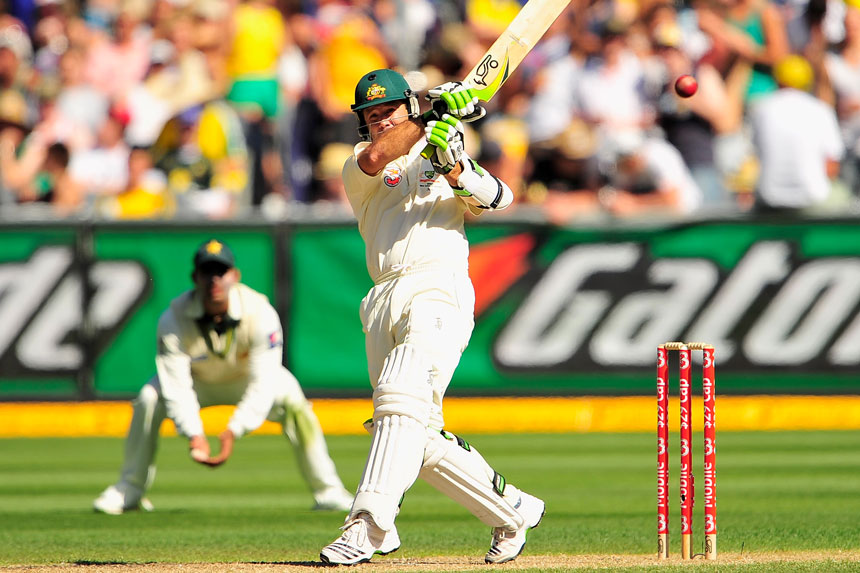 Former Australia captain Ricky Ponting wants size limits on bats because he believes batsmen are getting an unfair advantage, especially in Test cricket, and said he would raise his concerns at the MCC World Cricket Committee meeting.

A report commissioned by the Marylebone Cricket Club (MCC) in 2014 said the thickness of bats has increased by up to 22mm in the past century and edges by almost 300 per cent, meaning mis-hits can travel much further.

Despite those findings, the World Cricket Committee decided against placing any restrictions on bat sizes at a 2014 meeting.

“I think it will happen. I am going in a couple of weeks for a World Cricket Committee meeting and that will be one of the topics talked about,” Ponting said at the Australian Cricket Society’s annual dinner.

“The short forms of the game survive on boundaries – fours and sixes – whereas the Test game is being dominated too much now by batters because the game is a bit easier for them than it was.”

But Ponting said he did not blame players for using the best equipment available and added that the advancement of technology in the sport has skewed the balance between bat and ball.

“If you are strong enough to use them that’s fine, but you should not get a bat that’s bigger in size than (India captain Mahendra Singh) Dhoni’s but a whole lot lighter,” the 41-year-old said.

“(West Indies batsman) Chris Gayle’s the same. Everyone talks about Chris Gayle’s bat size, but it’s 3-1/2 pounds. He’s big enough and strong enough to use it. I only get worried when they are really big and really light.”