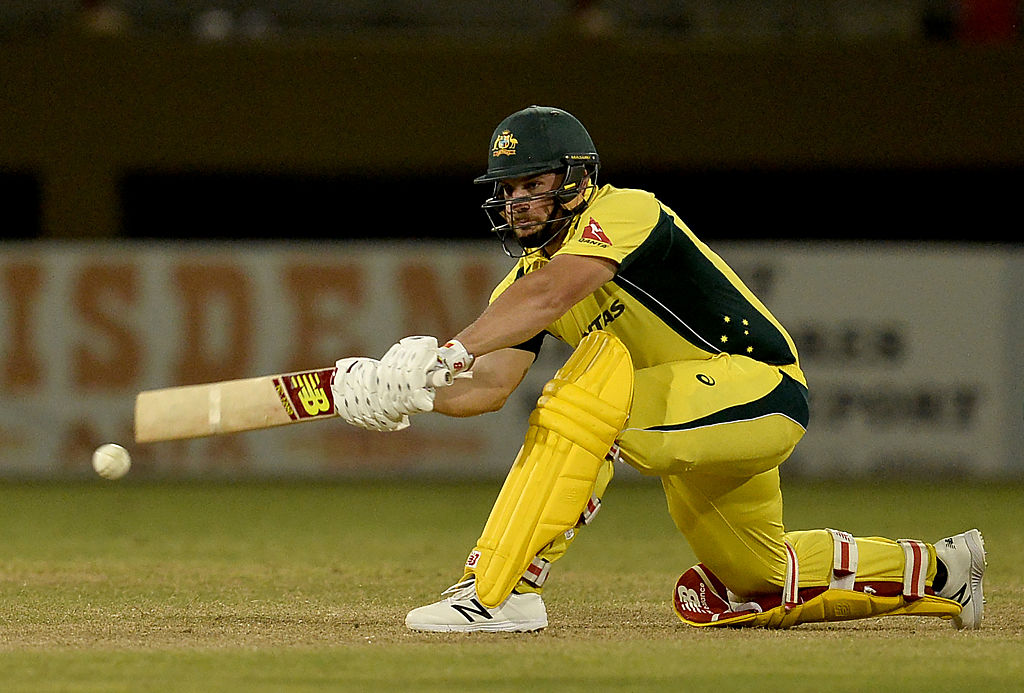 Aaron Finch was the only Australia batsman to fire in a 47-run one-day loss to South Africa during the tri-series tournament in Guyana, but the opener says he felt at fault for the loss.

Josh Hazlewood was at his miserly best with the ball in a topsy-turvy match where runs were hard to come by, recording figures of 2-20 to limit the Proteas to 9-189.

Australia’s top order then folded in woeful fashion, with the exception of Finch’s fighting 72.

Steve Smith’s side, high on confidence after winning their opening match against hosts West Indies, capitulated to 8-90 and were skittled for 142 in 34.2 overs.

Finch and tailenders Hazlewood and Nathan Lyon were the only Australians to reach double figures.

“We knew that we had to try and take on the new ball a little bit and I probably didn’t do that straight up. So pressure builds on other players,” Finch said.

“That was unfortunate, it took me a while to get going.

“I thought while I was batting with Nathan we could still get home.

“That was my responsibility and I got out, so that was disappointing … it doesn’t feel as good getting runs when you lose.”

Hazlewood and Lyon shared a final-wicket stand of 29 runs – embarrassingly for Australia it was their highest partnership.

Finch denied there were any alarm bells for the World Cup holders.

“Chasing 190 on a wicket like that was always going to be tough,” the Victorian said.

“We’re not going to kick the cans around for a couple of days, dragging our backsides.

“It’s about learning from it, not making the same mistakes again and improving.”

The match was played on the same slow-and-low surface that West Indies were spun out for just 116 on, two days earlier.

South African tweakers Tabraiz Shamsi, Aaron Phangiso and Imran Tahir were all lively and among the wickets.

But it was pacemen Kagiso Rabada and Wayne Parnell who steamrolled Australia’s top order.

“You move on, we regroup and the players in our side are world class so no doubt we can turn it around quickly,” Finch said.

“Someone’s got to lose … we were well and truly outplayed.”

Farhaan Behardien was named man of the match, having rescued South Africa with a knock of 62 after they slipped to 6-112 in the 29th over.

The series now shifts to St Kitts, with all three sides having banked one win from the opening round of matches in Guyana.

Australia next face the Proteas, at 3am AEST on Saturday.